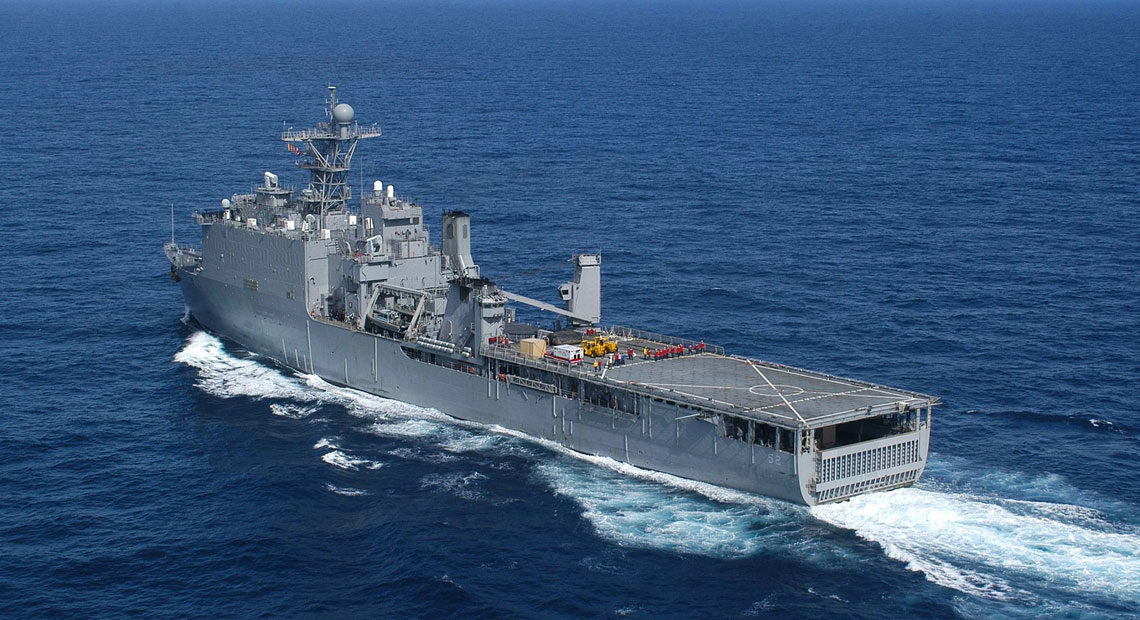 While in Goa the ship’s Sailors and Marines will conduct exchanges with the Indian Navy and Indian Navy Marine Commandos relating to amphibious warfare.

They will also engage in community relations events and have the opportunity to experience Indian culture while enjoying liberty in one of the country’s most beautiful regions.  This is the ship’s first visit to India.

“We are thrilled by the opportunity to visit India,” said Commander Theodore Essenfeld, USS Pearl Harbor’s commanding officer.  “The Sailors and Marines of Pearl Harbor look forward to experiencing the culture and traditions of India while strengthening our long-standing partnership with the Indian Navy.”

USS Pearl Harbor was launched on February 24, 1996 and commissioned on May 30th, 1998. The ship is based in San Diego, California. The 15th MEU is based at Camp Pendleton, California. Both USS Pearl Harbor and the 15th MEU are currently deployed as a part of the USS America Amphibious Ready Group, which is  operating in the Indo-Asia Pacific region to strengthen partnerships and serve as a ready-response force for any type of contingency.