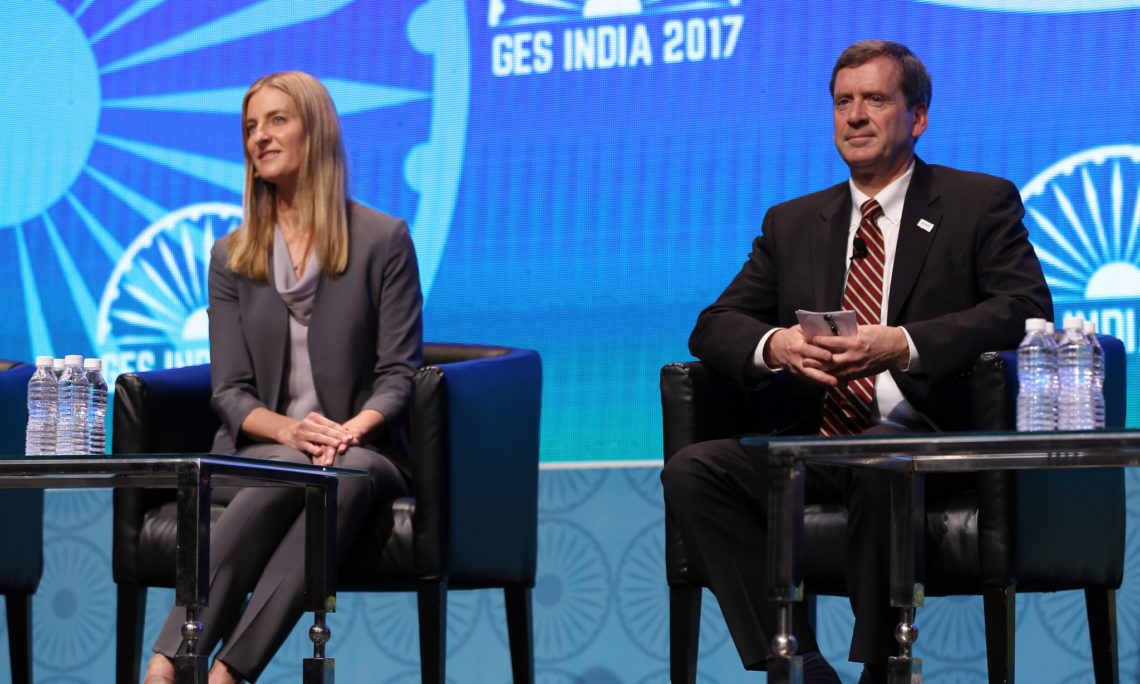 ADMINISTRATOR GREEN: Welcome, everyone. And what a great GES. First, on behalf of the U.S. government, thank you. Over the last few days we’ve met entrepreneurs, investors, industry leaders from over 150 countries. Some have traveled here from quite literally the other side of the world. Now, there’s an old saying that the key to a great dinner is not so much what’s on the table as is what is on the chairs. So no offense to the hosts, no offense to the organizers, but the quality and success of a summit is not determined by the smoothness of the program or the quality of the speakers. It is by all of you.

Based on the deals that have been made by many of you, and the initiatives and projects that have already been announced, I’d say GES has already been a success. And I believe that the months ahead will cause all of us to look back and say that GES 2017 was the best one ever. So thank you.

This year, as you know, we tried to shine a light on the issues facing women around the world and we gave special focus to creating new tools to help support and launch women entrepreneurs. Women make up half of the world’s population. Women make up at least half of the world’s economic potential. With the needs and challenges facing the world today, we need to turn to every part of our society for the leadership we need. And women have been overlooked for far too long and they have been the untapped power for far too long.

In many ways, our very future depends upon ensuring that women have the tools and the opportunities that they need that give them and us a real chance to thrive. Because that will lead to a powerful wave of innovation and economic energy. So, my request to all of you as you head back home and return to your daily lives: please keep the challenges facing women entrepreneurs at front of mind. It could mean helping us to take steps to finally bridge the gender digital divide. It could mean mentoring a promising female entrepreneur in your city or your village.

It could mean making a real determined push to recruit more women, hire more women, promote more women. It could mean working to change laws and regulations in your city and country that unintentionally hold women entrepreneurs back. All of this of course is just scratching the surface. But as you head home, think about what empowering women entrepreneurs means to you. And in your own way help us to create a world that taps into this unlimited pool of talent.

Now it’s been a long few days and I know that I am now almost the final thing standing between you and refreshments, but I too have a few thanks that I need to offer. First as we all know this week could not have been a success without our GES co-host, the Government of India.

To NITI Aayog who led this effort on their behalf and the Government of Telangana who made our time in Hyderabad so very special, thank you.

And to everyone in the U.S. Government both here in India and back home in Washington who helped pull this week together: I know the challenges that you faced. Thank you. I’d like to pay special thanks to Ms. Ivanka Trump, Ambassador Juster, and Consul General Hadda for hosting us.

To our corporate sponsors: Amway, Amazon, Cognizant, Dell, Intel, Google, Kauffman, Salesforce, Silicon Valley Bank, Walmart. And I know that there are other that I’ve missed. This literally could never have happened without you. So thanks to all of you.

And finally, thanks to everyone who stayed up late, got up early, worked countless hours with far too little recognition: you were the ones who made the trains run on time and made these events go so smoothly. A special thanks to all of you. Don’t worry. It’s almost over. With all of that said, please enjoy yourselves. Let off steam. And let’s celebrate the best GES ever. Thank you. Good evening.