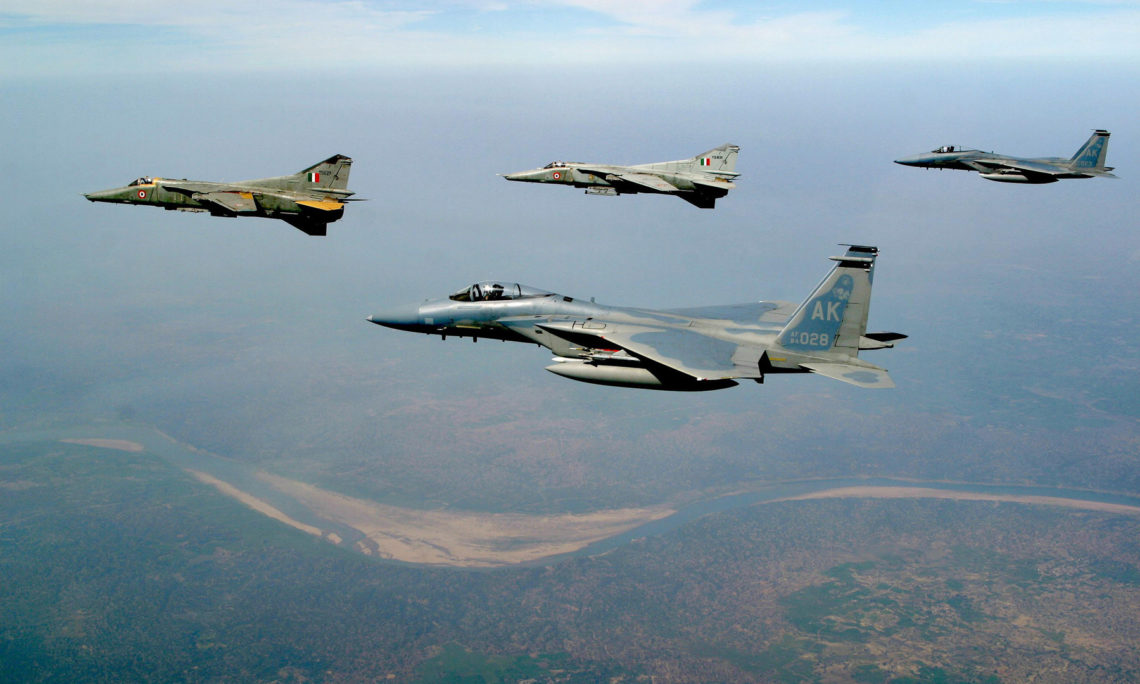 “We are excited and grateful for the opportunity to fly and train with our Indian air force counterparts within their home country,” said Col Darryl Insley, 13th Air Expeditionary Group-Cope India 2019 (AEG-CI19) commander. “Through participation in Cope India, I’m confident that all Airmen involved will both increase their skills and build meaningful bonds through bilateral engagements and exchanges.”

Approximately 200 U.S. Airmen with 15 aircraft from the 18th Wing, Kadena Air Base, Japan, and 182nd Airlift Wing, Illinois Air National Guard, will participate in CI19 alongside their IAF counterparts.

The exercise showcases U.S. and India’s efforts and commitment to a free and open Indo-Pacific region.