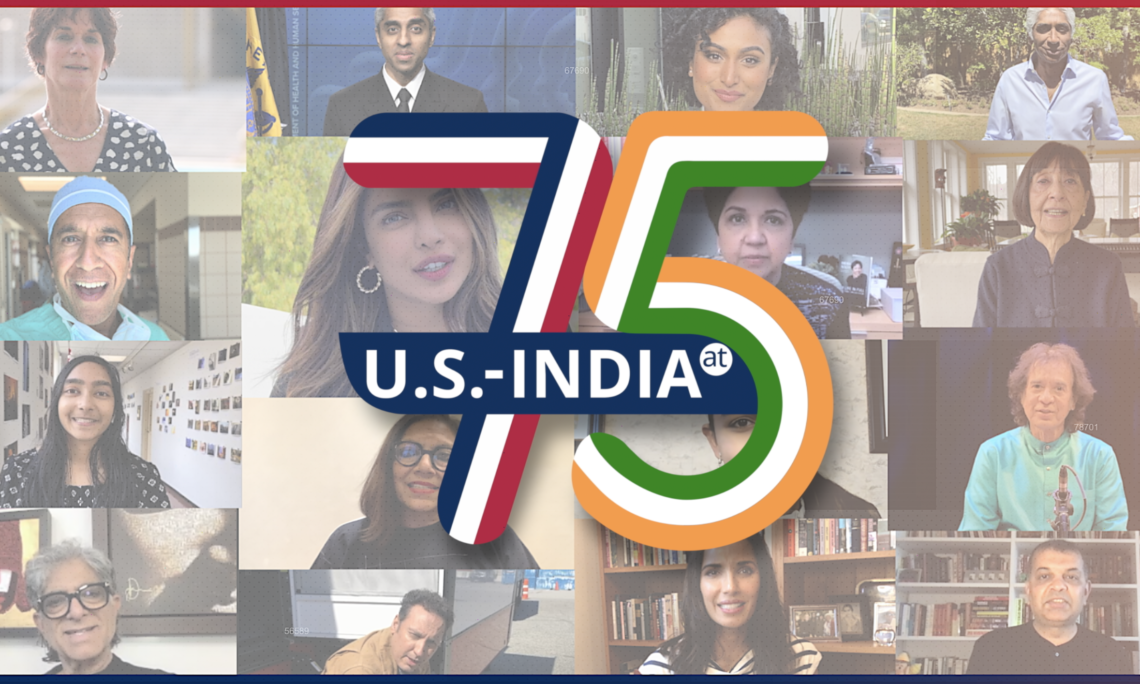 The U.S. Mission in India (comprising the Embassy in New Delhi and Consulates General in Mumbai, Chennai, Kolkata, and Hyderabad) today released a star-studded video message to celebrate 75 years of U.S.-India relations, with participation by some of the most iconic and accomplished Indian Americans and Indians in America, whose remarkable contributions reflect the journey of Indians in the United States over the past 75 years. The full video can be viewed on Twitter, Facebook, and YouTube.

Chargé d’Affaires Patricia Lacina stated: “At the core of the U.S.-India partnership are the countless personal friendships formed over the years between individual Americans and Indians as they study, work, live, and learn together. The contributors to this video stand at the pinnacle of their respective fields of endeavor, highlighting the many ways that these people-to-people connections have helped both our countries thrive.”

People-to-people ties are one of the cornerstones of the U.S.-India relationship. In 2019, 15 million Indian visitors traveled to the United States, and Americans are now the second-largest group of foreign citizens visiting India. Approximately 200,000 Indian students currently enrich U.S. university campuses as they pursue higher education opportunities. The Indian American diaspora numbers an estimated four million people, and roughly one-third of all immigrant-founded start-ups in the United States have Indian founders.

The U.S. Mission in India will continue 75th Anniversary celebrations with a range of events across the country throughout this year.