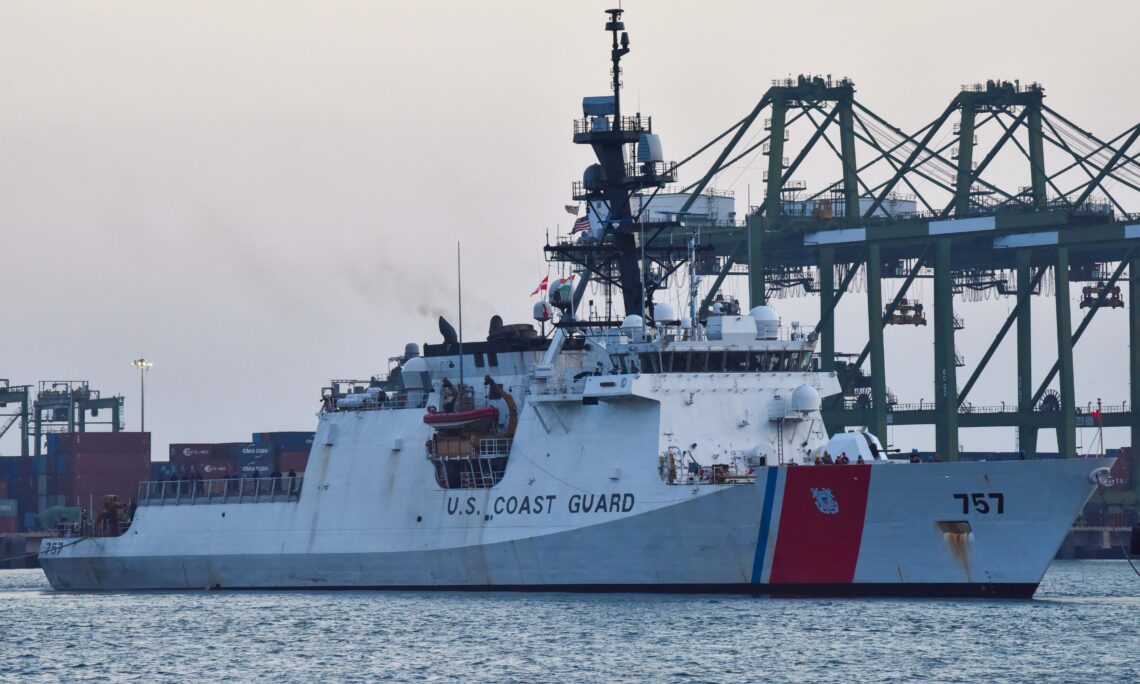 USCGC Midgett is on a mission to promote a free and open Indo-Pacific through cooperation and maritime domain awareness with the Indian Coast Guard. The visit by USCGC Midgett is aimed at reiterating the 75 years of trusted partnership between the United States and India and strengthening the relationship between the United States and Indian Coast Guards. This follows the RIMPAC (Rim of the Pacific) Exercise in summer 2022, the world’s largest international maritime warfare exercise held biennially. In August 2019, U.S. Coast Guard Cutter Stratton visited Chennai to expand cooperation between personnel, which plays a critical role ensuring freedom of navigation in the Indo-Pacific region.

Over the course of this voyage, the USCGC has sailed through the region’s waters, interacted with counterparts in the Philippines, Singapore, India, and later, Maldives, and participated in bilateral exercises. The Midgett is equipped with a UAS Scan Eagle drone, MH-65 helicopter and other state-of-the-art equipment.

USCGC Midgett is commanded by U.S. Coast Guard Captain Willie Carmichael since August 2021.  Prior to this assignment, Captain Carmichael served as the Commodore of the USCG’s Patrol Forces Southwest Asia operating in the Middle East. “The U.S. Coast Guard has a longstanding commitment to our allies and partners in the Indo-Pacific,” said Captain Carmichael. “As we spend the next four days with our Indian Coast Guard partners, we will work to advance our capabilities and interoperability through meaningful human interactions with our likeminded partners who share similar values and a commitment to a free and open Indo-Pacific.”

Framing the visit of the USCGC Midgett, Naval Attaché at the U.S. Embassy in New Delhi Captain David Wilcox said, “This port visit demonstrates our Coast Guards’ shared commitment to promote safety and security at sea within the international rules-based order.”

The U.S. Coast Guard, both a federal law enforcement agency and an armed force, has a 150-year enduring role in the Indo-Pacific. Operating under the tactical control of Commander, U.S. 7th Fleet, the cutter crew plans to engage in professional exchanges and capacity-building exercises with partners and allies and patrol and operate as directed.

Compared to legacy cutters, the NSCs’ design provides better sea-keeping and higher sustained transit speeds, greater endurance and range, and the ability to launch and recover small boats from astern, as well as aviation support facilities and a flight deck for helicopters and unmanned aerial vehicles.

Midgett is named for the late Rear Admiral John Allen Midgett, who was awarded the Gold Lifesaving Medal, the country’s highest award for saving a life, for his heroic rescue of 42 crewmen from the torpedoed British tanker Mirlo in 1918. The cutter has accommodations for approximately 170 officers and enlisted crewmembers.

Photo Caption:  The U.S. Coast Guard Cutter (USCGC) Midgett, which is on a four-day visit to India, anchored at the Chennai Port on Friday, September 16.