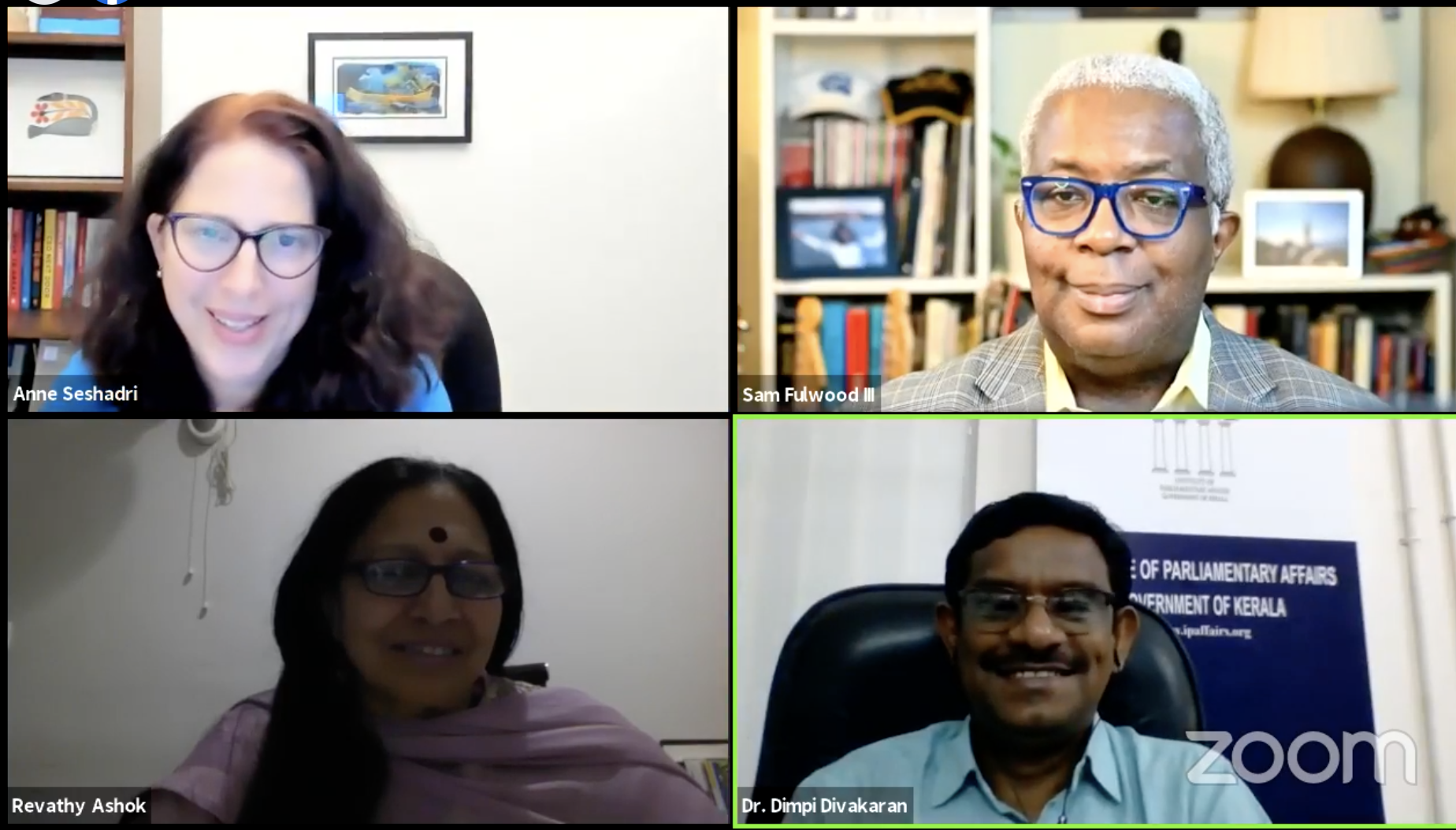 Chennai, February 25:  On Thursday, the U.S. Consulate General in Chennai in coordination with the U.S. Consulates in Mumbai and Hyderabad, organized a virtual discussion on “U.S. Democracy and the Fault Lines of Racism: An Analysis of 2020 Events” with Sam Fulwood III, Senior Fellow and Interim Vice President for Race and Ethnicity at the Center for American Progress in Washington D.C.  Over 500 representatives of community-based organizations, scholars, journalists, and students from universities across India attended the online event, joined by representatives from the Institute of Parliamentary Affairs, Kerala, the Neelam Foundation, Chennai, Bangalore Political Action Committee (B.PAC), and the Dalit Intellectual Collective.

Speaking at the event, Sam Fulwood decoded dramatic developments in the United States in the year 2020 including the disproportionate impact of the COVID-19 pandemic on African-American communities, the death of George Floyd and the subsequent march towards racial reckoning, and the threats to the democratic process.  Mr. Fulwood said that in addition to formulating smart and effective policies, there is an urgent need to tackle institutional racism and change the culture to cultivate democratic societies.  He added: “Changing course will be a challenging, multi-generational effort that requires cultural embrace of the necessity for change.”

This event is part of a series of programs celebrating African-American History Month, held annually in February and also known as Black History Month, to recognize the important achievements by African Americans in U.S. history. This year the White House has called on the American people to honor the history and achievements of Black Americans and to reflect on the centuries of struggle that have brought us to this time of reckoning, redemption, and hope.