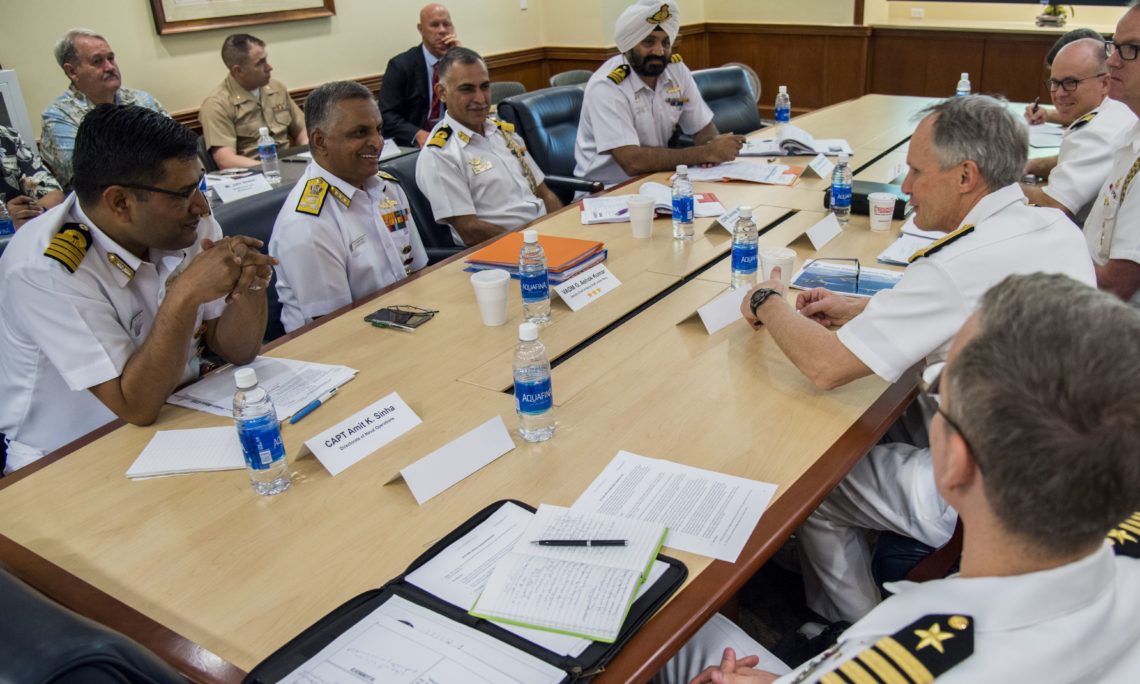 “Our naval partnership gets stronger from working together on initiatives throughout the year,” said Sawyer. “We share an enduring commitment to providing security across a free and open Indo-Pacific.”

2018 was a busy year for both navies. At sea replenishments continued as part of the bilateral Logistics Exchange Memorandum of Association (LEMOA). In June, exercise Malabar was held off the coast of Guam, joined for the second time by the Japan Maritime Self-Defense Force (JMSDF). Malabar was followed by the Indian Navy’s participation in exercise Rim of the Pacific (RIMPAC) this summer off the Hawaiian Islands. In October, members of U.S. Navy P-8A and Indian Navy P-8I maritime patrol aircraft squadrons held a professional exchange in Goa, India.

“The U.S.-India partnership is more important today than ever before, “said lieutenant commander Jerry Tzeng, Seventh fleet South Asia regional theater security officer. “Events like the ESG allow us to come together and forge a vision of how our forces will work together for the years to come.”

Seventh Fleet, which celebrated its 75th year in 2018, is the U.S. Navy’s largest forward-deployed fleet. It provides security in an area of operations that spans more than 124 million square kilometers with 50-70 ships and submarines, 140 aircraft and approximately 20,000 Sailors.

For more information about the U.S.-India navy partnership, visit the 7th Fleet website at http://www.c7f.navy.mil.