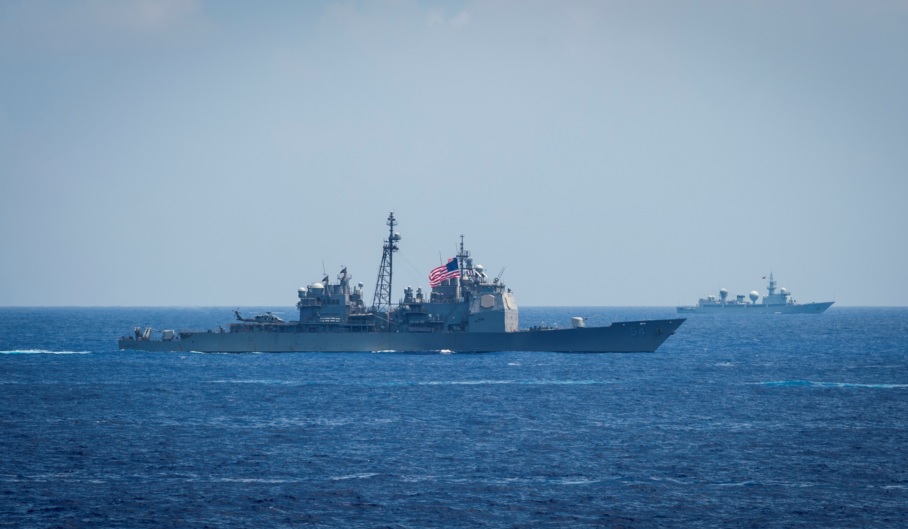 Initiated in 1992 as an exercise between the U.S. and Indian Navy, Malabar 2018 is the 22nd rendition of the exercise and included the Japan Maritime Self-Defense Force (JMSDF), a regular participant since 2015.
The exercise accomplished maritime interoperability training objectives among the three maritime forces, emphasizing high-end war fighting skills, maritime superiority, and power projection. This is the first year that Malabar was conducted in the Guam operation area. The two-phase exercise took place ashore in Guam and underway in the Philippine Sea.

Additionally during the ashore portion, personnel from the three maritime forces participated in competitive events such as soccer, volleyball and basketball to build comradery amongst one another.

The United States, Japan and India have a range of common security interests that include maritime security, counter terrorism, humanitarian assistance, disaster relief and having an active role building regional partner capacity and maritime domain awareness. By doing so, they bolster the shared vision laid out by their respective governments to contribute to overall peace and security in the region.