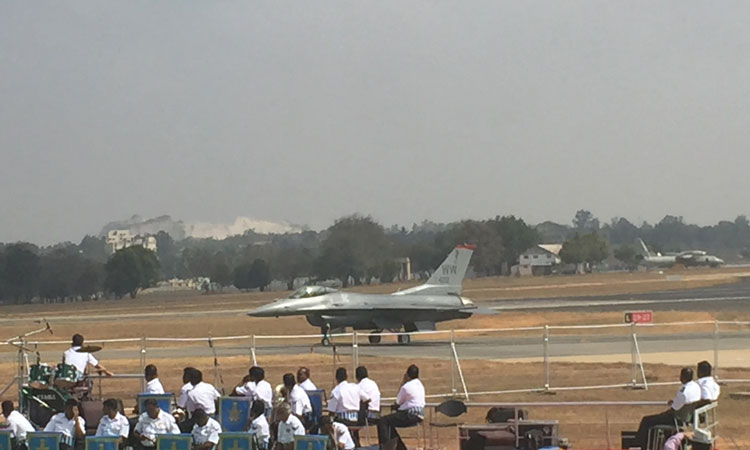 Bengaluru — The United States is proud to be a leading contributor to Aero India 2017.  Our robust participation is a testament to the strength of the United States and India’s strategic partnership.  The high-level U.S. delegation, impressive array of American military platforms and personnel, and significant representation from U.S. industry are a concrete example of our enduring ties.

U.S. assets this year include F-16C Fighting Falcons, a P-8A Poseidon maritime patrol and reconnaissance aircraft and a C-130J Super Hercules transport. A Pacific Air Forces F-16 demonstration team will showcase the capability of one of the U.S. Air Force’s leading fighters and a combined India-U.S. parachute demonstration is also planned.

Over 20 U.S. companies are participating in Aero India, 17 with exhibits in the U.S. Partnership Pavilion with three companies recently entering the Indian market and five new to the show.

U.S. participation in Aero India provides industry and the military services opportunities to strengthen military-to-military relations and invigorate defense cooperation as we work together to safeguard against global instability, protects freedom of navigation in the air and sea, and combat terrorism and violent extremism.  This robust public and private participation from the United States in Aero India demonstrates the importance we place on advancing our Major Defense Partnership with India.