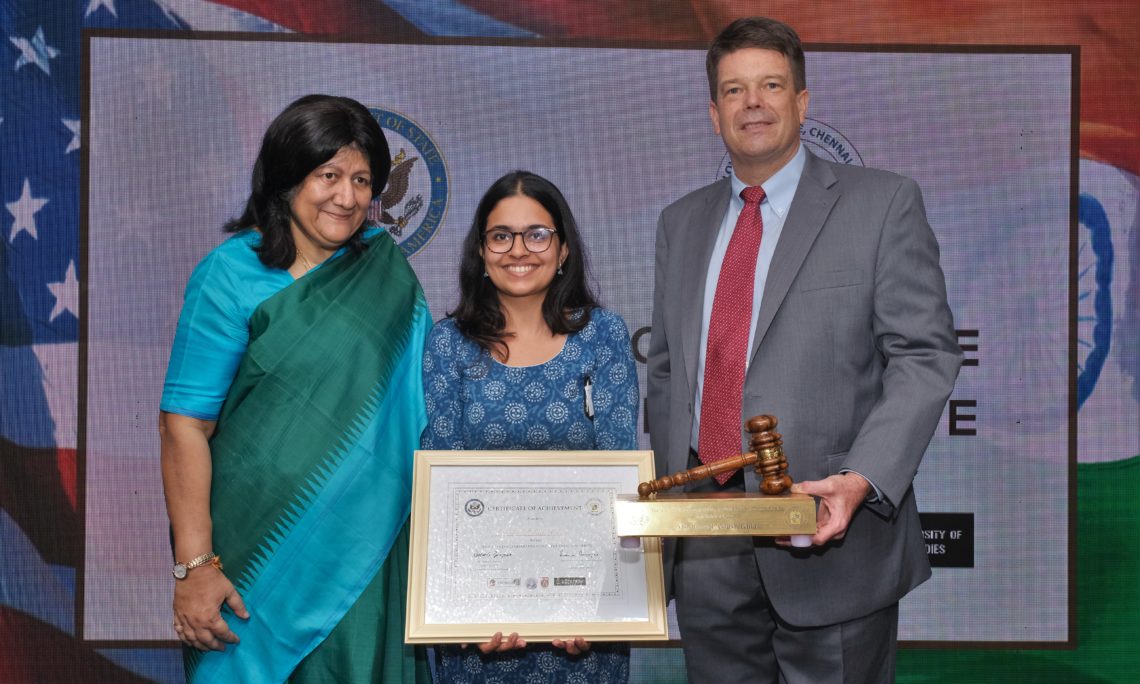 U.S. Consul General Robert Burgess said, “We recognize the strong bonds between the United States and India as the world’s oldest and largest democracies.  The U.S. Consulate General is pleased to have organized the U.S.-India Comparative Constitutional Debates with partners across South India to promote greater appreciation for values, rights, and responsibilities inherent in democratic societies.  I have been inspired by what I have seen today and am impressed with this group of young leaders who represent India’s future.”

Dr. Abhinav Chandrachud commented, “I really must congratulate the U.S. Consulate for organizing the debate, which I think is really going to benefit the students.  I wish we had such a debate when I was a student.”

Nearly 270 participants took part in the preliminary rounds of the debate held in July and August in four cities across South India: Kochi, Bengaluru, Tiruchirappalli, and Chennai.  The top four debaters from each region comprised the final 16 participants.