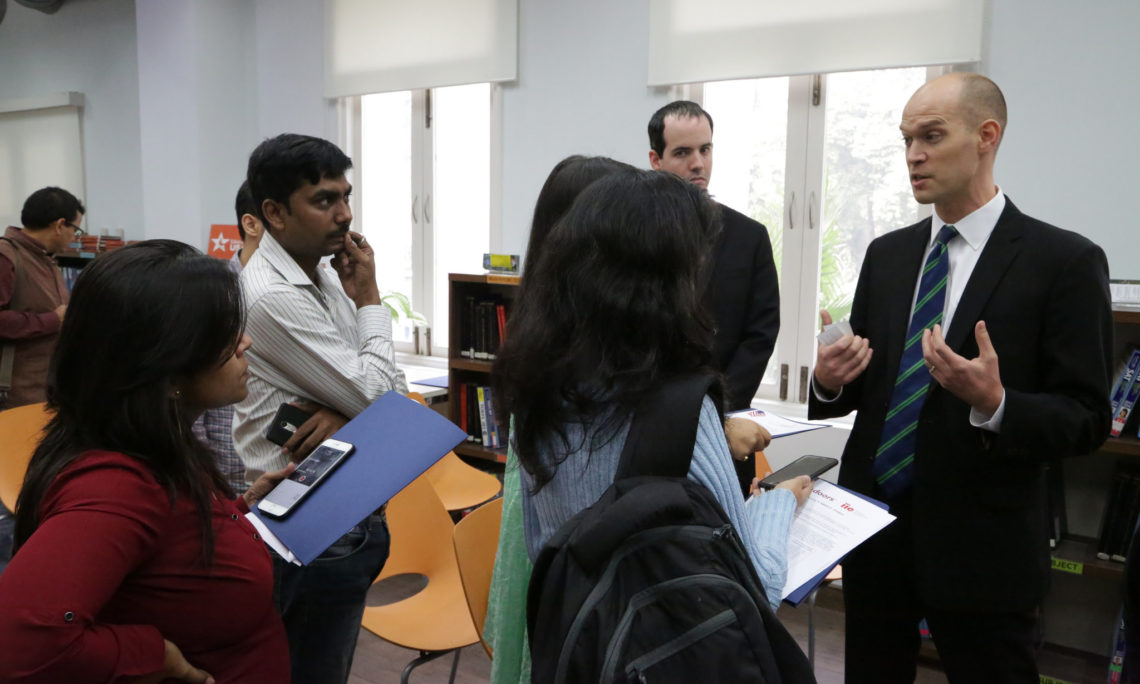 New Delhi – According to the 2017 Open Doors Report on International Educational Exchange data released today by IIE and the U.S. Department of State Bureau of Educational and Cultural Affairs, the number of international students in the United States increased by three percent over the prior year, and the number of American students studying abroad increased by four percent from the prior year.

The report shows that the number of Indian students in the United States has, once again, risen to a record level, to over 186,000 – the fourth year in a row to see double-digit growth.  This is an increase of 21,000 over last year and a growth of 12%, one of the highest rates of growth in the world. Further, the number of Indian students in the U.S. has doubled over the last 10 years and India is the second leading place of origin for students coming to the U.S., comprising 17.3% of all international students. The majority of Indian students (56%) in the U.S. are studying at the graduate level.

On the release of the report, Karl M Adam, Deputy Cultural Affairs Officer at the U.S. Embassy stated, “American universities provide unparalleled access to instructors, and provide a wide variety of internship and research opportunities.  The American higher education system introduces international students to networks and contacts that provide benefits and advantages over a lifetime. We are always excited to see our two countries coming closer together in the best way possible.  We strongly support educational exchanges because of the shared benefits, not just in economic terms, but in our mutual understanding of each other”.

Open Doors is published by the Institute of International Education (IIE), which has conducted an annual statistical survey on international students in the United States since its founding in 1919 and in partnership with the U.S. Department of State’s Bureau of Educational and Cultural Affairs since 1972. Open Doors also reports on the number of international scholars at U.S. universities and international students enrolled in pre-academic Intensive English Programs. Further details on the Open Doors 2017 surveys and their findings is on the Open Doors website. The full 100+ page report will be available in January and can be ordered from IIE Books. For more data, infographics and resources visit www.iie.org/OpenDoors.

About the fall 2017 online survey

The Institute of International Education works to build more peaceful and equitable societies by advancing scholarship, building economies and promoting access to opportunity. As a not-for-profit with 19 offices and affiliates worldwide, IIE collaborates with a range of corporate, government and foundation partners across the globe to design and manage scholarship, study abroad, workforce training and leadership development programs.  Its Generation Study Abroad initiative aims to double the number of Americans studying abroad by 2020, while its International Academic Partnerships Program and others help academic institutions establish global networks for the exchange of students, faculty and researchers.  Visit www.iie.org.

About the U.S. Department of State Bureau of Educational and Cultural Affairs

The Bureau of Educational and Cultural Affairs (ECA) of the U.S. Department of State builds relations between the people of the United States and the people of other countries through academic, cultural, sports, professional and private sector exchanges, as well as public-private partnerships and mentoring programs. Approximately 50,000 participants annually embark on these exchange programs, including the flagship Fulbright Program and the International Visitor Leadership Program. ECA also sponsors the Benjamin A. Gilman Scholarships for U.S. undergraduates with financial need, the Critical Language Scholarship Program in support of U.S. foreign language study abroad, and the EducationUSA network of over 400 advising centers worldwide, which provides information to students around the globe who wish to study in the United States. For more information on the Department of State’s educational and cultural exchange activities, visit eca.state.gov.