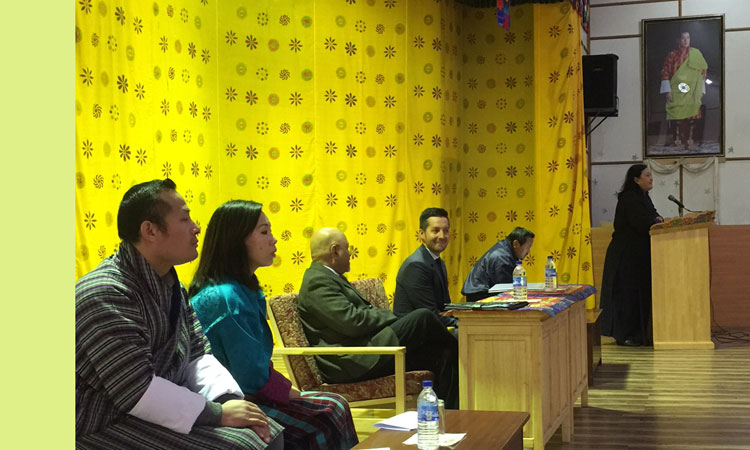 Today, the United States Government and the Royal Government of Bhutan announced the award of the final undergraduate Fulbright Bhutanese Student award and the launch of the graduate Fulbright Bhutanese Student award. This change doubles the number of Fulbright awards for Bhutanese students and makes them annual as opposed to biannual awards. This is one more step towards deepening the people-to-people and educational ties between the United States and Bhutan and follows the opening of an EducationUSA resource center in Thimphu last August.

Since 1971, more than 30 Bhutanese have participated in the program. Bhutan welcomed Fulbright Scholars from the United States to the country for the first time in 2009. There are currently two Fulbright U.S. Scholars in Bhutan contributing to studies in entrepreneurship and research methodology.

Each year, contingent upon available funding, two Bhutanese students will be selected to participate as Bhutanese Fulbright Students. The first students will begin one- or two-year graduate degree programs in the 2018-2019 academic year.

Applications for the graduate program will open shortly and are due on Thursday, June 15, 2017. Learn more about the Fulbright Foreign Student Program here. To learn more about Bhutanese students in the United States, see the 2015-2016 Bhutan Fast Facts.