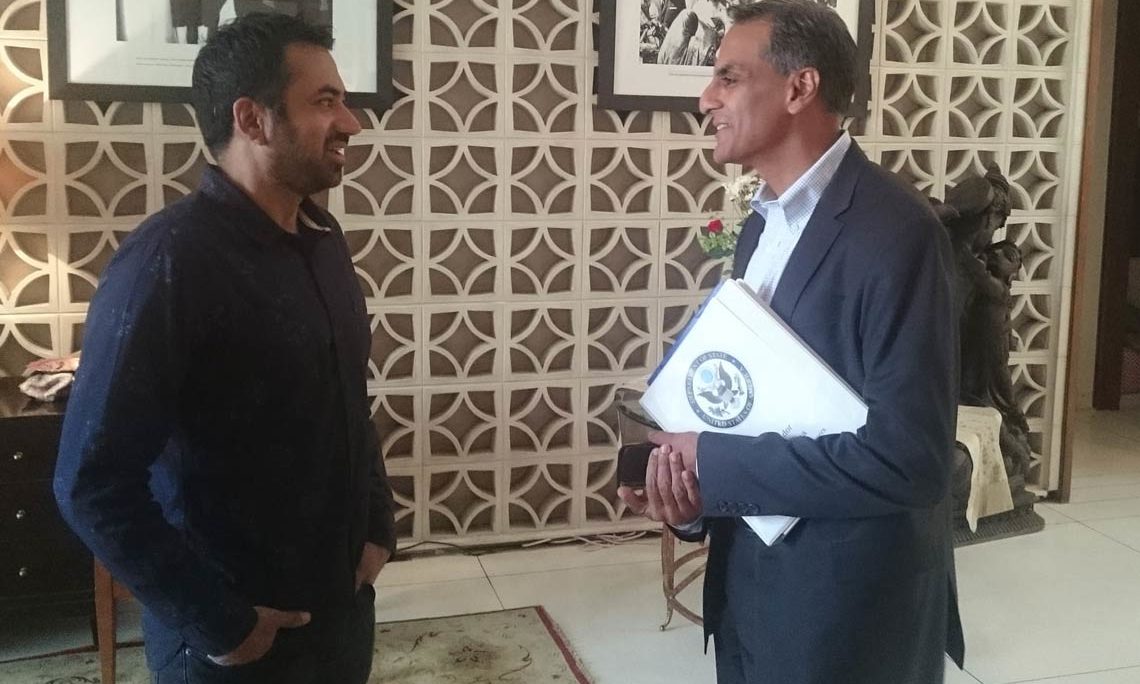 U.S. Ambassador Richard R. Verma and Mr. Penn together visited the Shastri Market Camp near Moti Bagh and Tata’s Smart Grid Lab in Rohini, to see how projects like these symbolize the strength of the U.S-India partnership.  At Shastri Market Camp settlement, they saw how the U.S. Agency for International Development (USAID) and Indian partners are bringing in public and private sector leadership and resources to generate solutions to the water, sanitation, and hygiene challenges in India and helping to advance Prime Minister Modi’s Swachh Bharat campaign. At the Tata Power Delhi Distribution Smart Grid Lab they saw how this cutting edge facility serves as a demonstration site for various smart grid technologies and is fostering partnerships between Tata Power, U.S. companies, consumers, students, technology providers and other utilities in India.

Later in the day, Mr. Penn participated in a discussion and screening of his widely acclaimed movie Namesake at the American Center.

In the evening, Ambassador Verma hosted a reception in honor of Mr. Penn, attended by guests from government, academia, media, and the arts & culture community.   Speaking on the occasion, Ambassador Verma said the U.S.-India partnership is multi-facetted, and based on a foundation of vibrant people-to-people ties.  He highlighted the life and successful career of Kal Penn as an Indian-origin actor in Hollywood, and showcased America as a diverse society.

Actor/Producer Kal Penn (aka Kalpen Suresh Modi) was born and raised in New Jersey.  Both parents were Gujarati immigrants from India.  He attended the University of California, Los Angeles, majoring in sociology and theater, film, and television. He also has a graduate certificate in International Security from Stanford University. Kal has appeared on television and in major motion pictures, including House, 24, How I Met Your Mother, National Lampoon’s Van Wilder, the Harold and Kumar trilogy, The Namesake, and the 2016 NatGeo series, “The Big Picture with Kal Penn”, currently on Netflix.  Penn also held several positions within President Barack Obama’s campaigns & administration, including Associate Director of the White House Office of Public Engagement, and co-chair of President Obama’s reelection campaign.  Kal also served as the president’s Liaison to Young Americans, the Arts, and Asian-American and Pacific Islander Communities. He currently serves on The President’s Committee on the Arts and the Humanities. Kal has also been an Adjunct Lecturer in Asian American Studies, Film Studies, and Sociology at the University of Pennsylvania, and UCLA.