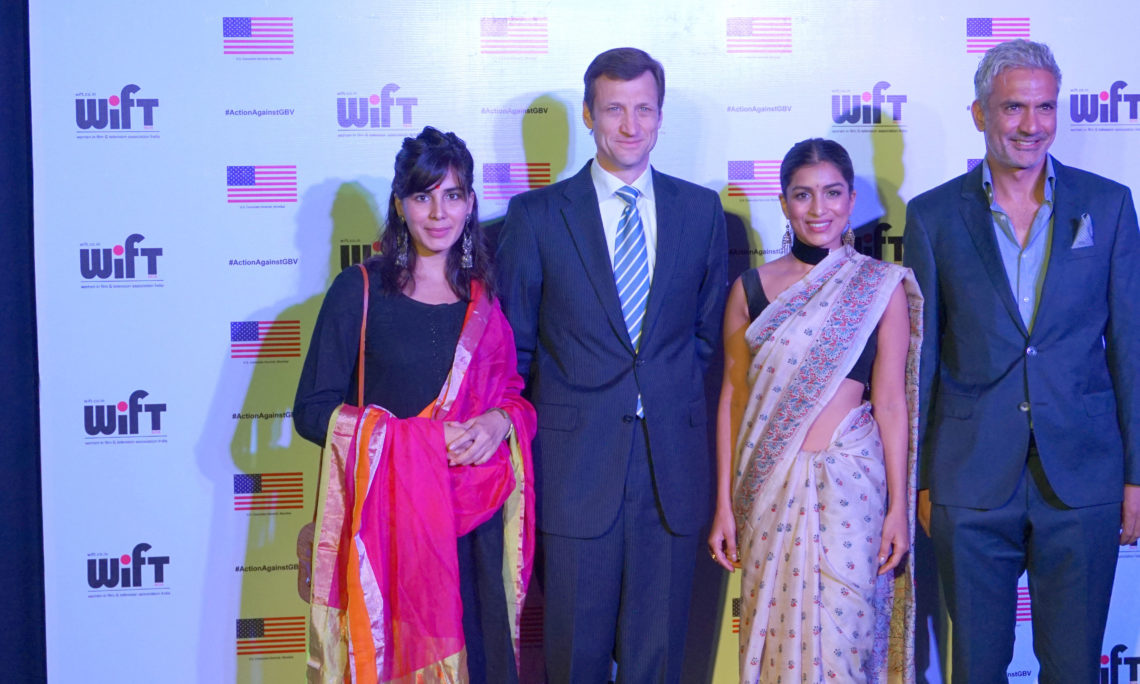 Mumbai:  The short film A Broken Toy, written and directed by Shivam Sharma, won the grand prize at the December 8 short-film contest on the theme of women’s safety and empowerment, which is sponsored annually by U.S. Consulate General in Mumbai in partnership with Women in Film and Television (WIFT).  At the gala film screening at the U.S. Consulate, a panel of judges that included noted Bollywood actresses Pallavi Sharda and Kirti Kulhari also awarded second and third place films, and presented a People’s Choice Award and a Best Female Director prize.  The event was the finale of a contest for filmmakers in western India to submit films of less than five minutes that promote and raise awareness of women’s safety and empowerment.  The contest and award ceremony are part of the U.S. Consulate General in Mumbai’s activities to mark the United Nation’s 16 Days of Activism Against Gender Violence, a global campaign that takes place from November 25 to December 10.

Speaking to the audience of over 200 guests, U.S. Consul General Tom Vajda stated, “The United States puts gender equality and the advancement of women and girls at the forefront of U.S. foreign policy.  It is woven into everything we do.  Here in India, in addition to this film contest initiative, the U.S. Mission is active on many fronts in raising public awareness about gender-based violence, sharing our best practices with Indian law enforcement, and supporting organizations that offer services to victims and to those at risk.”

Noted actress Pallavi Sharda, who delivered the keynote address said: “It is my privilege to be a part of the third film festival, under the aegis of the U.S. Consulate, devoted to a message against gender violence.  I believe strongly in the fight against gender inequality and these short films go a long way in giving voice to a pertinent, very real issue.  It is only when diverse voices unite and speak out in unison that they can be effectively heard.  This evening is a positive example of such unity.  I have always believed in using art for social justice, and am glad to be part of this collective effort where cinematic voices speak as one against the scourge of gender violence.”

The nine short films that were screened at the event were shortlisted from a larger pool of entries submitted by Indian filmmaking teams from the states of Chhattisgarh, Gujarat, Goa, Madhya Pradesh and Maharashtra.  The second place award went to A Girl’s Story by Harish Devnani and Jarna Devnani, and the third place prize to Unmasked by Team Sophia College.  The film A Broken Toy also received the People’s Choice Award and Ananda Mukerjei received the Best Female Director recognition for her short film Inaya.  All the winning entries can be viewed and shared at the Consulate YouTube site at http://www.youtube.com/usconsulatemumbai.