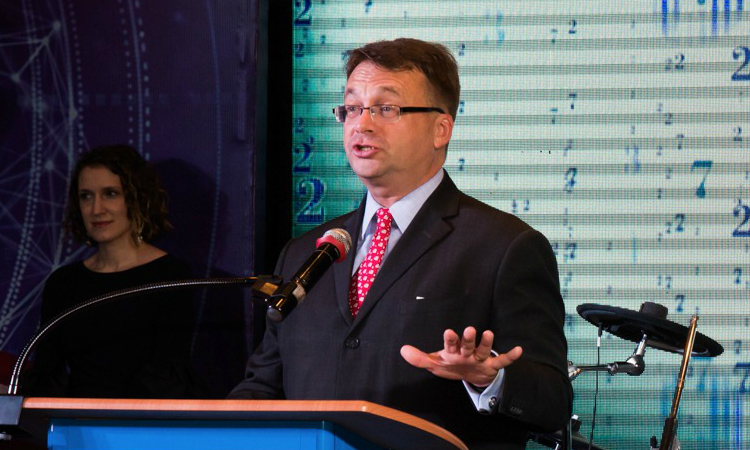 Mumbai: Tonight the U.S. Consulate General, Mumbai celebrated the 242nd anniversary of U.S. independence at a prominent city hotel in South Mumbai. Chief Guest Subash Desai, Industries Minister, Government of Maharashtra, joined Consul General Edgard Kagan in marking the special occasion. The theme of the evening was America’s “spirit of innovation.” In addition to commemorating “July 4th,” it was also an occasion to celebrate U.S.-Indian friendship. A highlight of the evening was the pageantry of the presentation of the colors by a U.S. Marine Corps Color Guard.

Reflecting upon the U.S.-Indian bilateral relationship, Consul General Edgard Kagan remarked that he and his family had arrived in Mumbai almost one year ago. Kagan added, “The friendships, conversations, and experiences that we’ve enjoyed over the past twelve months reaffirm what I already knew—that the relationship between the peoples of the United States and India is incredibly robust. This is truly our greatest strength—the depth and the breadth of our people-to-people ties. Politics and economies might have changed a few times over the 180 years, since 1838 when the 8th President of the United States Martin Van Buren sent the very first American Consul Philemon S. Parker to Mumbai. But our personal bonds have always been, and will remain, time-tested and deep.”

The event commemorated the adoption on July 4, 1776, of the U.S. Declaration of Independence and marked the country’s 242-year history as the world’s oldest democracy. As India is the world’s largest democracy, guests celebrated the common commitment to democratic values and freedoms and the shared future made possible through close U.S.-Indian bilateral ties.