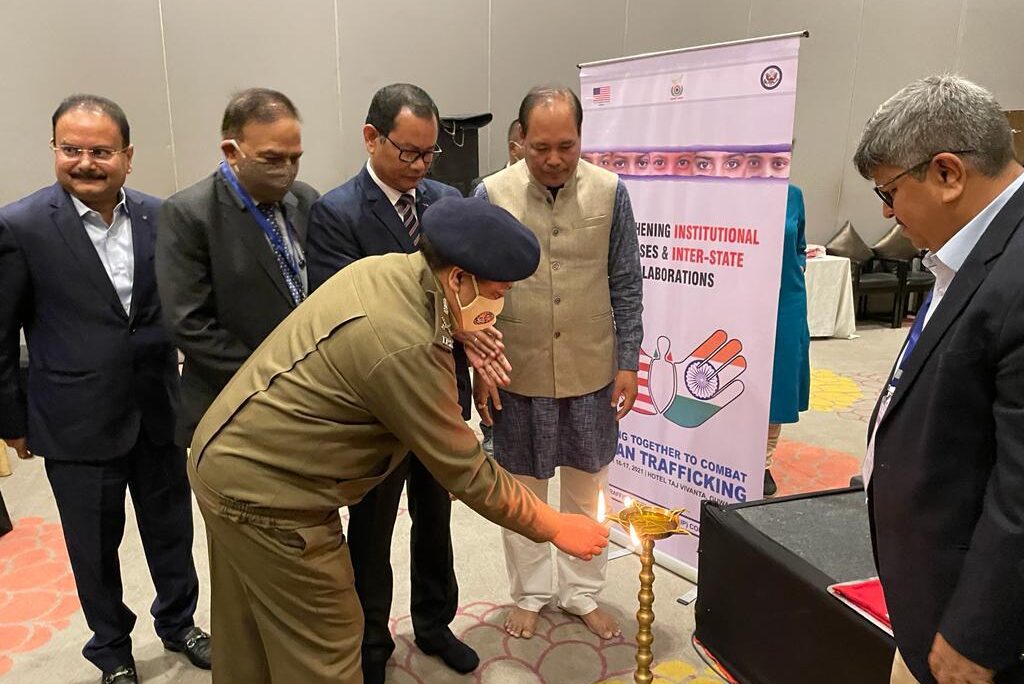 Guwahati: The U.S. Consulate General Kolkata has been working with civil society partners and state governments for the last 10 years to create constituencies, build coalitions, and forge partnerships in the fight against human trafficking in eastern and northeastern India. As part of the ongoing tenth-anniversary initiative, U.S. Consulate Kolkata, in partnership with the non-profit Shakti Vahini, kicked off the first of the five-city series in Guwahati. The conclave is designed for state and regional level consultations across the country to strengthen institutional responses and inter-state collaborations. The aim of the series of consultations is to bring together state level stakeholders, including government departments, legal services, law enforcement, child protection and prosecution agencies to ensure convergence in response mechanisms and strengthen interstate collaboration between source and destination agencies.

“The United States and India, as global strategic partners, are committed to working together to promote shared interest in the Indo-Pacific region and beyond,” said Dr. Eugene Bae, Public Diplomacy Officer for Policy and Resources at U.S. Embassy New Delhi. “Working together to end all forms of human trafficking is a key pillar of this partnership. The U.S. mission in India and the Consulate in Kolkata will continue to encourage stakeholders whose work and advocacy strengthen the three pillars of the anti-TIP movement:  Prosecution, Protection, and Prevention.”

The other conclaves of the series will take place in Chandigarh, Hyderabad, Mumbai, and New Delhi in coming months.

According to various reports, the COVID-19 pandemic has exacerbated existing situations of vulnerability to trafficking in persons, including the added threat of social media and other online platforms, increasing the number of individuals at risk. There has been a misuse of information and communications technologies, particularly through the Internet, to facilitate various aspects of trafficking in persons, including advertising, grooming, recruitment, control, financial transactions, and various forms of exploitation, including online child sexual exploitation and the production and distribution of child pornography and other child sexual abuse materials. Technology is being used by traffickers at every step of the crime, from identifying future victims and recruiting them to laundering the proceeds of the exploitation. The Ministry of Home Affairs, Government of India and National Commission of Protection of Child Rights have issued detailed advisories on some of the urgent steps required to be taken by different states to curb this organized crime and mitigate the vulnerabilities caused by COVID 19.

Ravi Kant, President, Shakti Vahini, said, “We are already witnessing an increase in cases since the lock-down restrictions were eased. The fears expressed by international agencies and the United Nations are proving to be true. The need of the time is that civil society organizations should strengthen vigilance mechanisms in source and destination areas. We should step up prevention initiatives and ensure interstate cooperation between agencies so that rescued victims are provided all support with respect to their repatriation and rehabilitation.”

The following dignitaries joined the program –