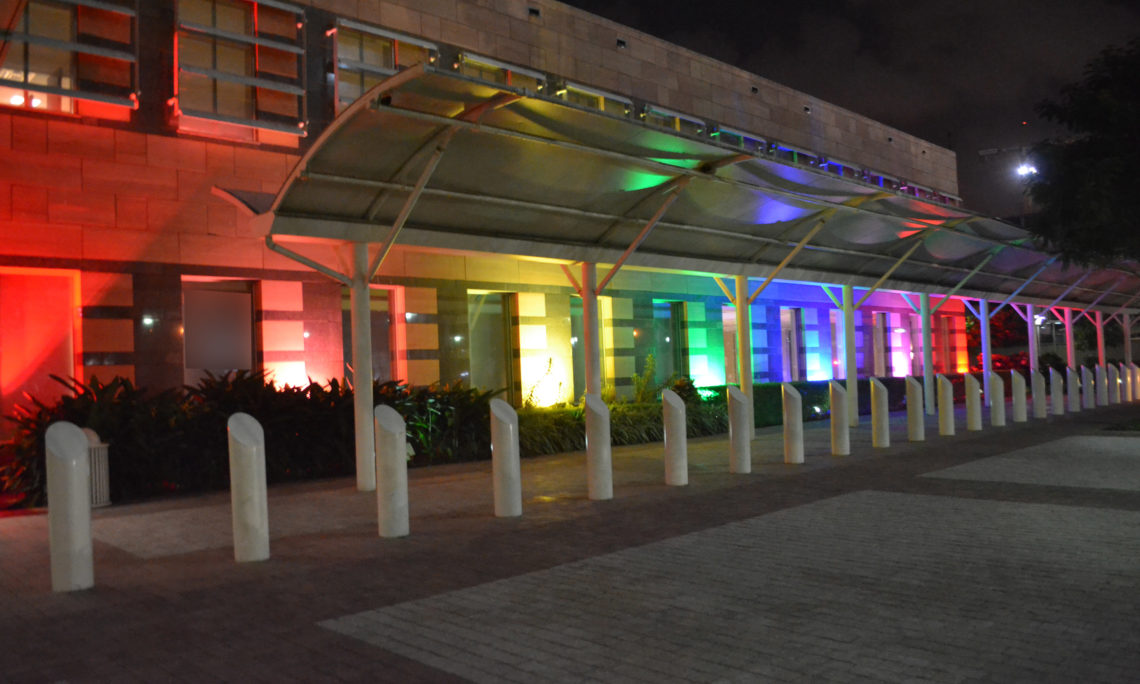 Tonight, in honor of lesbian, gay, bisexual, transgender, and intersex (LGBTI) Pride Month, and in remembrance of the victims of the tragic shooting in Orlando, Florida, U.S. Consulate General Mumbai lit up the Consulate façade in the rainbow colors of the Pride flag.

Each year since assuming the presidency, President Barack Obama has issued a presidential proclamation declaring June as Lesbian, Gay, Bisexual, and Transgender Pride Month.  In this year’s proclamation, the President “call[ed] upon the people of the United States to eliminate prejudice everywhere it exists, and to celebrate the great diversity of the American people.”  During Pride Month, in the United States and around the world at our embassies and consulates the American people show their support for diversity and the human rights of LGBTI individuals.

The colored lights will remain up at the Consulate until the end of June.  In addition to U.S. Consulate General Mumbai’s lighting, the U.S. Embassy New Delhi and other U.S. Consulates around India also are recognizing Pride Month through various displays and activities.