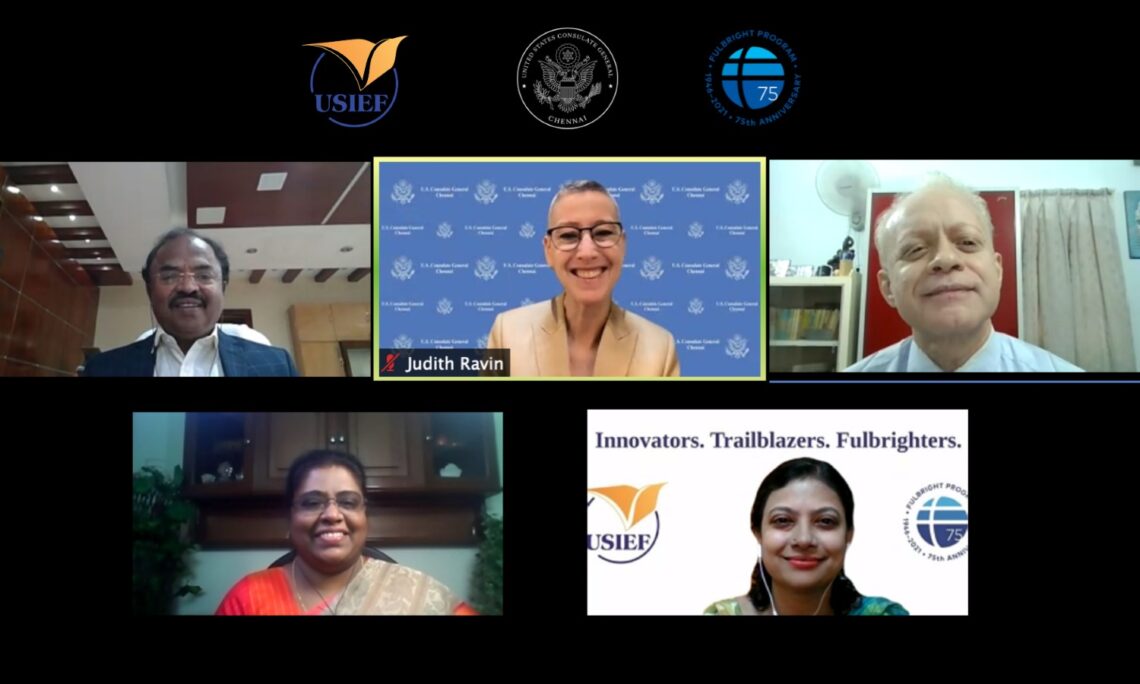 In her remarks, U.S. Consul General Ravin said: “Today, we not only celebrate the Fulbright Program’s 75th anniversary but also the founding day of the city called Madras, which is now Chennai. I would like to remind everyone that American Center Chennai, housed inside the U.S. Consulate building in Chennai, has a special corner dedicated to the city’s famed historian, S. Muthiah, one of the founders of Madras Day.”

During the anecdote-filled lecture, Prof. Suresh Sethuraman, an Archeologist and Architectural Historian, shared unusual and fascinating facts about Chennai’s historic links to America. According to Prof. Suresh Sethuraman: “Chennai boasts of several sites, streets, and structures that have strong ‘America’ connections – the St. Mary’s church within Fort St. George where Elihu Yale of Yale University fame got married in 1680, the Ice House on Kamarajar Salai where ice from Massachusetts was stored in the nineteenth century, the YMCA building opposite the Madras High Court built with financial aid from the U.S. in 1900, to name only a few. Information about these connections are available in archival records in the United States and in Chennai. This is a good occasion to recall and celebrate these little-known links. The local government authorities and the owners/custodians of these structures/sites could consider putting up appropriate signages highlighting these unique historic connections for the benefit of local citizens, researchers, and tourists.”

On August 25, USIEF, in collaboration with U.S. Consulate General Chennai, will present a virtual panel discussion: Gana, Koothu, Cutcheri: How Chennai Rolls as a UNESCO Creative City to continue its 75th anniversary celebration of the Fulbright program worldwide and to mark the occasion of Madras Week.  The webinar with eminent women from the cultural field will discuss what makes Chennai a creative city, with a look at the history of Chennai’s diverse music traditions, as well as what it means to be recognised as a UNESCO Creative City for citizens, musicians, and policy makers. Register here to join the event:  https://bit.ly/Chennai_UNESCO_CreativeCity