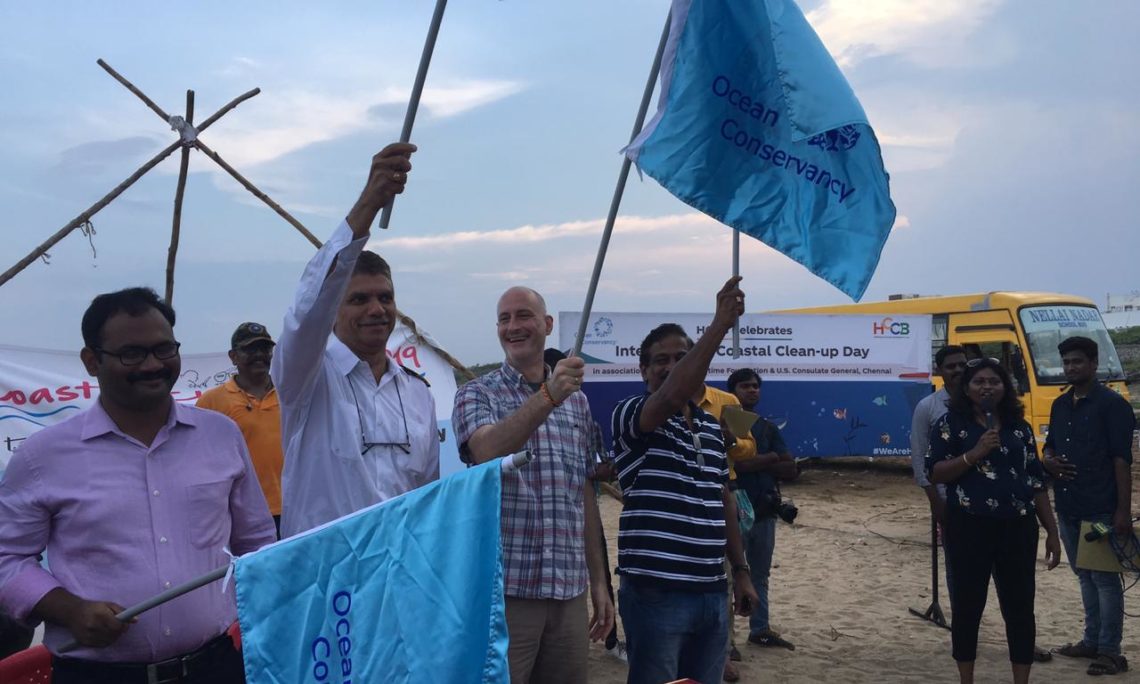 U.S. Consulate General staff, family members, and other volunteers participate in a cleanup activity at Besant Nagar on Saturday.

Chennai, Sept 21:  Around 300 volunteers participated in a beach cleanup drive organized by the U.S. Consulate General in Chennai in partnership with the Indian Maritime Foundation at Besant Nagar on Saturday, September 21.  The cleanup drive, conducted to commemorate International Coastal Cleanup Day, highlighted the need to safeguard oceans from plastic waste.  The beach cleanup is a part of the U.S. Consulate General’s ongoing efforts to raise awareness about global marine pollution.

Commending the volunteers for their commitment to cleaning the beach, Moulik Berkana said, “The U.S. Consulate General is pleased to support again this year a cleanup drive to collect waste along Chennai’s beaches as part of International Coastal Cleanup Day.  We hope to inspire people to keep our coasts and waters in a cleaner condition through proper waste disposal and management.  Chennai has some picturesque coastal spaces, including Marina Beach and Elliot’s Beach.  Keeping the beaches clean will enhance these public treasures for common use and enjoyment by all.”

International Coastal Cleanup Day is marked each year on the third Saturday of September as an initiative of Washington-based Ocean Conservancy, the world’s largest volunteer effort for ocean health.  For more details, visit https://oceanconservancy.org/trash-free-seas/international-coastal-cleanup/  The Indian Maritime Foundation is the National Coordinator for South India under the overall worldwide program of the Ocean Conservancy.