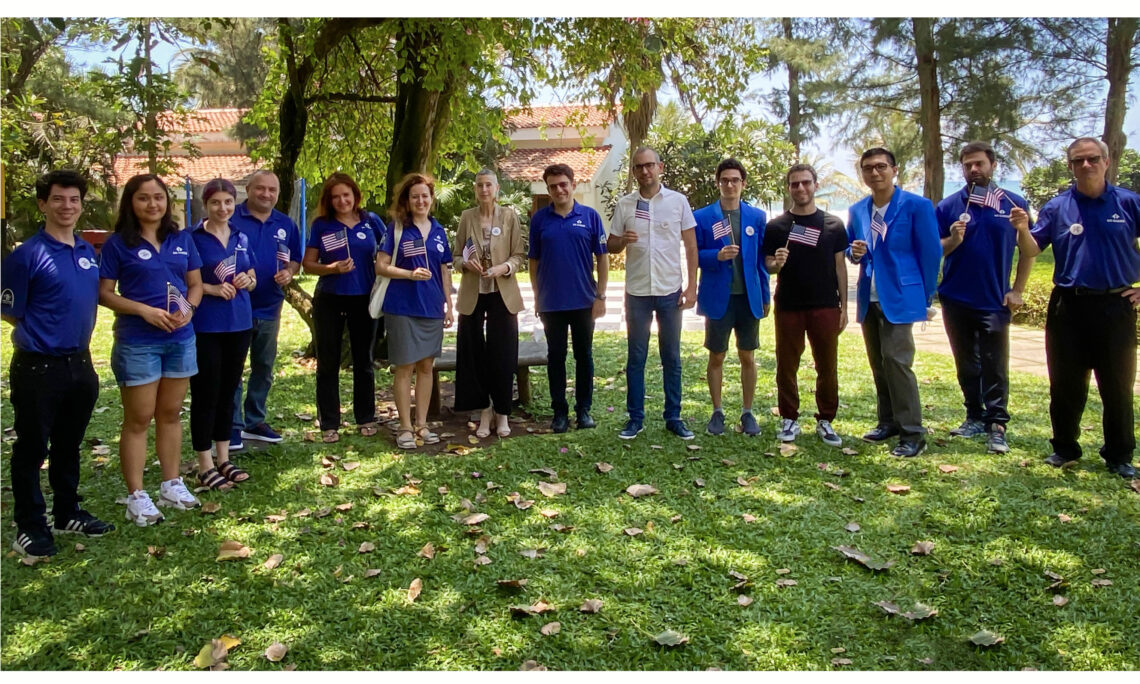 Chennai, July 28: The U.S. Consul General in Chennai Judith Ravin welcomed the United States Chess team to Mamallapuram today. An ardent supporter of education and sports diplomacy, the Consul General greeted the chess players and wished them success in their matches at the 44th Chess Olympiad organized by the Indian Chess Federation and the Government of Tamil Nadu from July 28 to August 9, 2022. CG Ravin also discussed with the players how the Chess Olympiad in Chennai helps popularize the sport of chess and unites chess lovers around the world in a truly global competition.

The Consul General told the group of U.S. chess Grandmasters (GM), International Masters (IM) and Women Grandmasters (WGM), “I am extremely proud of you for representing the United States at the Chess Olympiad in Chennai. The deep ties between the U.S. and India are built on the people-to-people connections forged by sports diplomats just like you.”  The Consul General also added: “The U.S. Consulate General Chennai is thrilled to see the Chess Olympiad take place in Chennai, especially during the 75th anniversary of U.S.-India relations.”

John Donaldson, U.S. team captain in the open section, said: “The U.S. teams are honored to compete in the 44th Chess Olympiad in Chennai. India is considered by many to be the birthplace of chess so it is fitting this prestigious event will be held here for the first time. We are particularly grateful to the Indian Chess Federation, which with the support of national and local governments, has volunteered to organize this event late in the day. We look forward to an exciting competition this year in Chennai!”

Melikset Khachiyan, U.S. women’s team captain, echoed John when he congratulated India for hosting the Olympiad for the first time. Khachiyan said: “India is a country with strong chess traditions. It is the country of five-time World Champion Viswanathan Anand. Chennai itself also has a long history of chess. Back in 2013, Chennai hosted the World Championship Match between Viswanathan Anand-Magnus Carlsen, and it was the first time ever. India these days is becoming a leader in world chess, organizing many top chess events. Our U.S. team is excited to be a part of this World Chess Olympiad and looking forward to doing our best.”