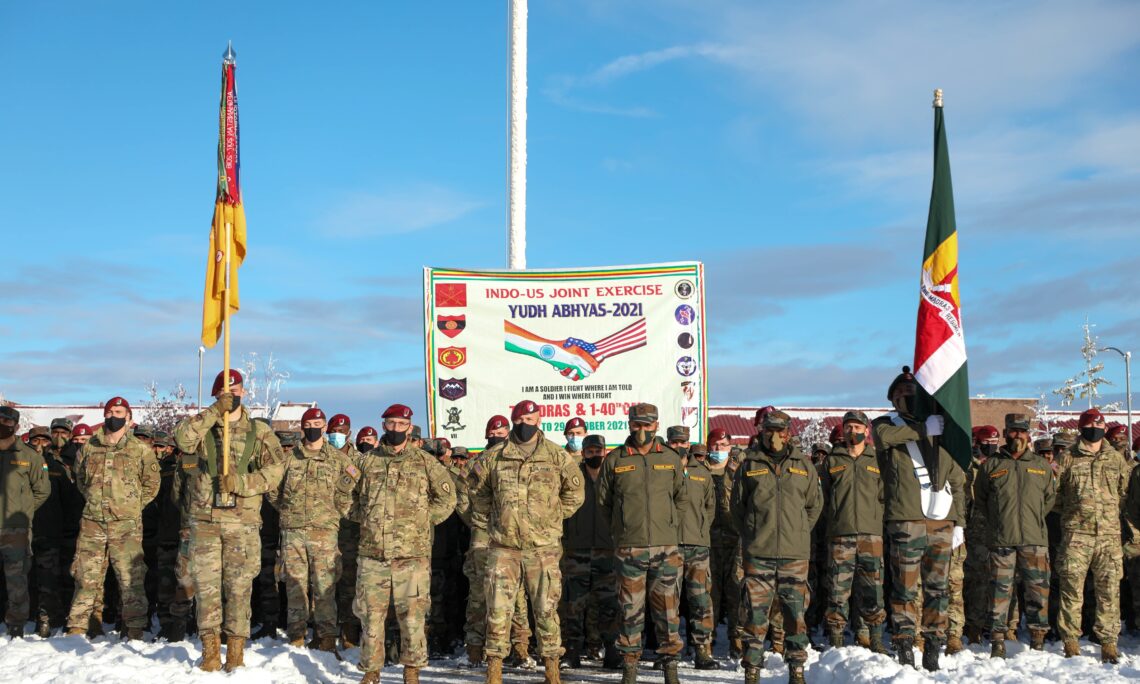 Approximately 350 Indian Army troops and 400 U.S. paratroopers will participate in the two-week training event and learn to work together in Alaska’s unique environment.

“This week, we will, quite literally, summit mountains together,” said U.S. Army Col. Jody Shouse, commander of the Spartan Brigade. “But most important are the relationships we build here. Those unique bonds formed between Soldiers and partners that train and endure hardships together.”

Training will include cold weather survival, medical evacuation by air, mountaineer training, small-arms marksmanship, and a field training exercise in the mountains of JBER.

“I want to thank the governments of our two nations for taking the initiative of bringing us together,” said Indian Army Brigadier Parag Nangare, exercise director and commander of 136 (I) Infantry Brigade Group. “We have a lot to learn from each other, especially in handling the modern day global challenges.”

Yudh Abhyas is a bilateral training exercise, held annually since 2004, aimed at improving the interoperability of the Indian Army and U.S. Army to increase partner capacity for conventional, complex and future contingencies throughout the Indo-Pacific region.

The exercise will take place primarily at JBER where participants will work together during a command post exercise and simultaneous field training events. The Northern Warfare Training Center will host a mountaineering expedition, consisting of U.S. and Indian troops, at the Black Rapids Training Site near Delta Junction, Alaska.