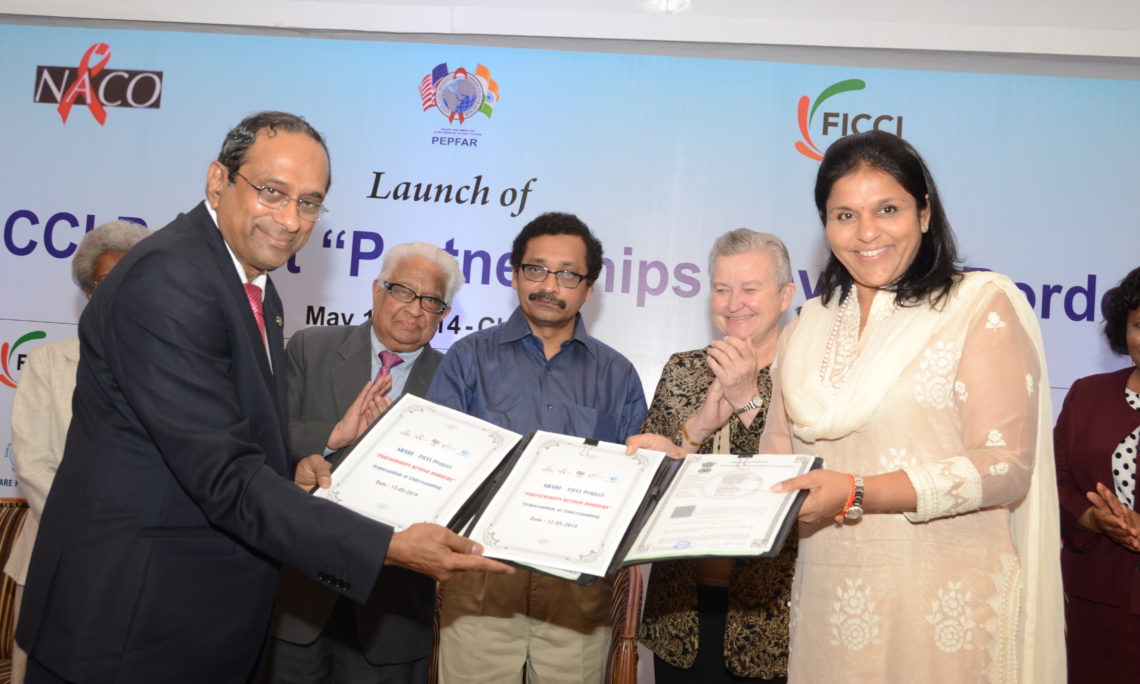 CHENNAI: The United States and India launched the program “Partnerships Beyond Borders” to promote HIV/AIDS best practices and innovations between Indian and African companies.

Addressing the gathering, U.S. Ambassador Nancy J. Powell said, “This is the first time a dedicated effort is being undertaken to engage both Indian and African companies to work together to combat HIV/AIDS.  In the United States, in India, and in many African countries, the private sector is emerging as a vital player.  Their active engagement and support for health and development programs will certainly help address global health challenges and priorities.”

“Partnerships Beyond Borders” will assess existing policies, strategies, and guidelines in African countries to identify opportunities for private sector engagement in HIV/AIDS programs.  It will also support market assessments for key HIV/AIDS products and services; establish linkages between Indian and African companies; and strengthen capacities of Indian and African companies to promote HIV/AIDS products and services in India and Africa.  This South-To-South HIV/AIDS Resource Exchange (SHARE) project collaborates closely with the Department of AIDS Control in India and the National AIDS Councils of several African countries, including Angola, Ghana, Nigeria, and Zambia.

In partnership with the Federation of Indian Chambers of Commerce and Industry (FICCI) and the President’s Emergency Plan for AIDS Relief (PEPFAR), the U.S. Agency for International Development (USAID) will support this new initiative as part of the ongoing $4.98 million SHARE project, implemented by Voluntary Health Services, an Indian non-governmental organization.