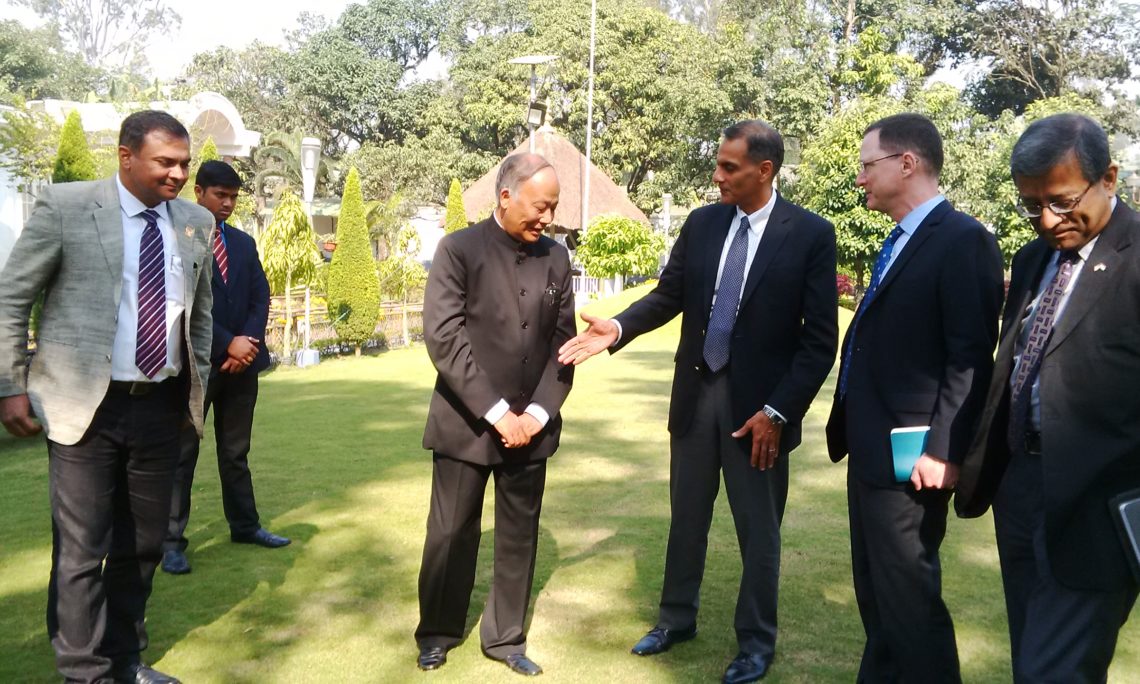 U.S. Ambassador Richard Verma visited Imphal as part of a regional visit to engage with the people of northeast India.

The Ambassador also visited the historic seat of power of ancient Imphal, Kangla fort and the all women run Ima market in Manipur.

During his maiden visit to Manipur, Ambassador Verma said, “I had a productive meeting with Chief Minister Okram Ibobi Singh. I also felt it was important to visit the Manipur Network of Positive People (MNP+) and learn about the work the staff and community are doing to provide quality and comprehensive HIV prevention, care, and treatment services.”