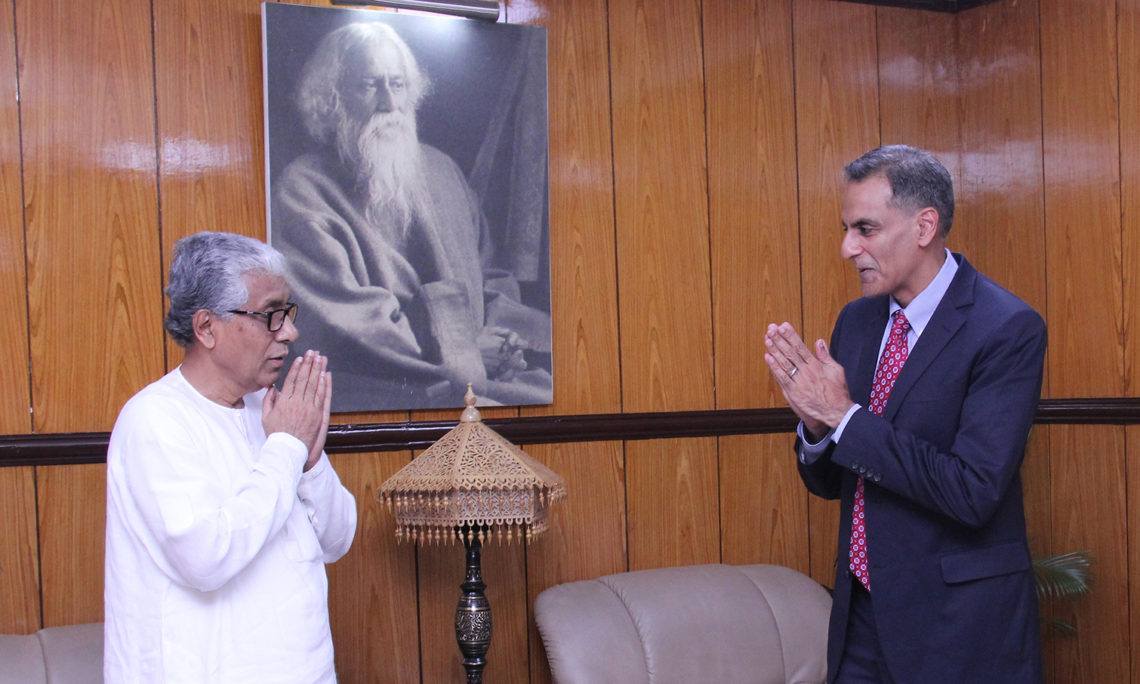 U.S. Ambassador Richard Verma visited Agartala, Tripura for the first time on December 2-3 as part of his five-state travel to Northeast India. Apart from Tripura, he also visited Assam, Meghalaya, Manipur, and Nagaland before returning to New Delhi on December 3. During his familiarization tour his discussions focused on the future of the U.S.-India relationship beyond the election, particularly in the areas of Higher Education, Regional Connectivity, and cross-border energy trade.

Ambassador Verma and U.S. Consul General Craig Hall made a courtesy call on Chief Minister Manik Sarkar and Governor Tathagata Roy and had positive discussions on the future of U.S.-India relations including Tripura’s development potential.

As part of his outreach, Ambassador Verma visited Tripura Sundari temple, ONGC Tripura Power plant at Palatana, and Akhaura border post and witnessed the Beating the Retreat ceremony and later held a roundtable on regional trade and energy issues engaging government officials and others. He also visited Tripura Government Museum at Ujjayanta Palace and was charmed by its historical and cultural heritage.