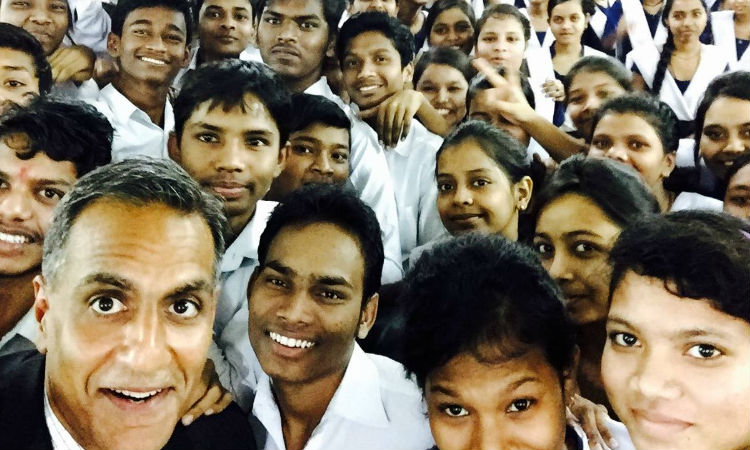 During his visit, Ambassador Verma met with the Honorable Chief Minister Raman Singh and senior state officials to discuss U.S.-India cooperation and developments in the state.

In addition to his official meetings, Ambassador Verma visited the Prayas Residential School and interacted with the students.  The school is run under a Chhattisgarh state government initiative to educate local children facing challenging circumstances.  The Ambassador said, “The Prayas School does absolutely incredible work by providing quality education and building a brighter future for the students.”

The Ambassador also met with partners of the United States Agency for International Development (USAID), including members of civil society and NGOs, to discuss and learn about their development work in Chhattisgarh.

Ambassador Verma also spent time at the “Purkhauti Muktangan” Museum School, which was founded in 2005 by the NGO Organization for Awareness of Integrated Social Security to serve disadvantaged youth.  This museum was developed by the state government’s culture department and offers glimpses of culture and traditions of tribes living in various regions of Chhattisgarh along with the ancient tribal culture.  Ambassador Verma commented, “The museum does a great job of reflecting the rich cultural diversity that is so deeply embedded in India’s vibrant democracy, which is so important for young people to see and appreciate.”

Later in the day, Ambassador Verma interacted with students and faculty of the IIM and IIT in Raipur, speaking on U.S.-India economic ties and stressing that collaboration in education between the United States and India can power 21st century innovation in science, technology, energy and environment.

The U.S. Consulate General in Mumbai looks forward to deepening and broadening its partnerships in Chhattisgarh across all sectors.