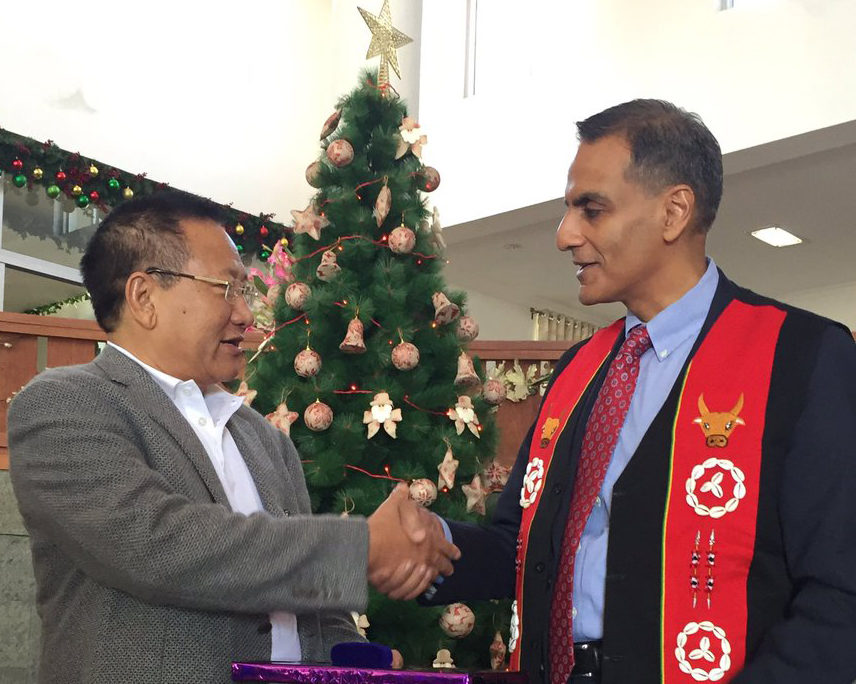 On his maiden visit to Nagaland, the U.S. Ambassador Richard R. Verma arrived in Kohima on December 1, which is Nagaland’s 53rd Statehood Day. This visit was part of Ambassador Verma’s familiarization tour through India’s Northeast from November 29 to December 3. During this trip Ambassador Verma underscored several key aspects of the strong U.S.-India partnership.

Ambassador Verma attended the Hornbill Festival in Kisama Village to understand and celebrate Naga traditions and the state’s unique culture.

Ambassador Verma also enjoyed walking through the Hornbill Night Carnival from Y Junction to Razhu Point where he remarked, “I have heard so much about Nagaland’s tribal way of life and customs, its clean environment, and natural beauty. After my visit here, I see Nagaland’s immense potential as a tourism destination and opportunities for U.S. partnership.”

On December 2, Ambassador Verma toured the Kohima War cemetery and paid tribute to the brave soldiers of India and the allied forces who fought together during World War II.

While in Kohima, Ambassador Verma also made a courtesy call on Chief Minister T.R. Zeliang and met with Government of Nagaland officials and civil society leaders.