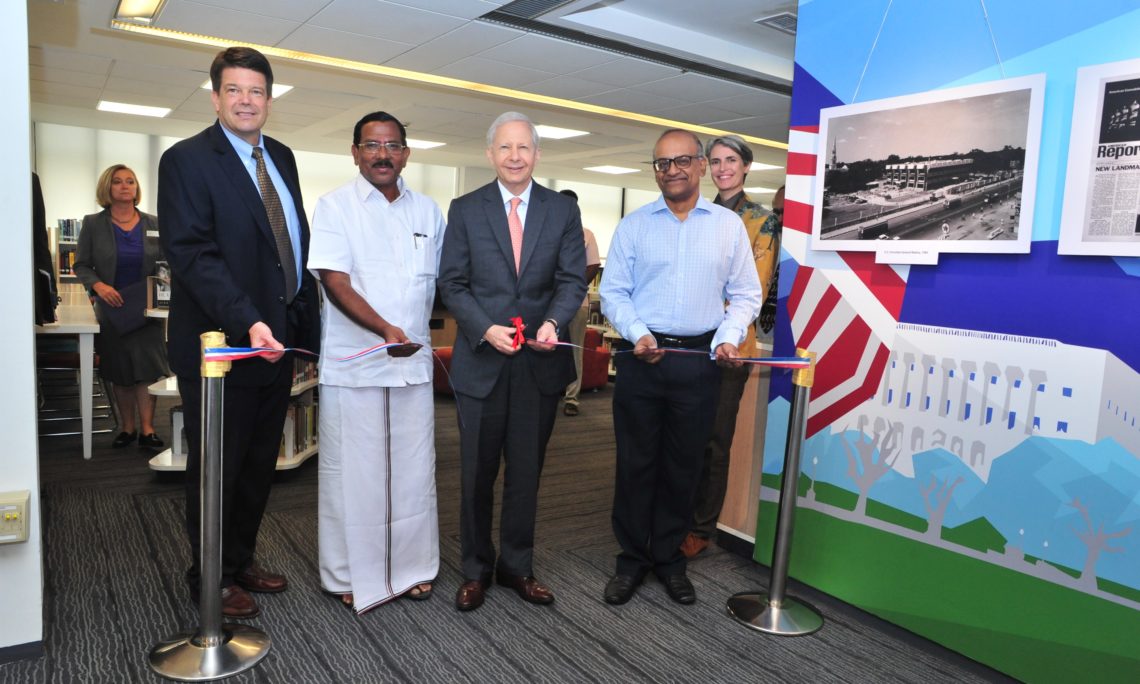 Held on the eve of the 380th founding of Madras, the event celebrated the longstanding cultural, educational, and commercial ties between the United States and South India.  Ambassador Juster inaugurated a photo exhibit depicting fifty years of U.S. diplomatic engagement and cultural exchanges.  The Ambassador also honored Chennai’s famed chronicler, S. Muthiah, dedicating a collection of his books for permanent display in the American Center.

Ambassador Juster said, “As we mark five decades of operating the Consulate and American Center at this location in Gemini Circle, we celebrate not only our iconic building, but the people – students, dignitaries, American Center patrons, exchange participants, business people, scholars, and staff – who have brought special meaning and great substance to the relationship of the United States of America with this city and the larger South India region.”

The U.S. Consulate General in Chennai invites the public to visit the American Center and tour its 50th anniversary historical photo exhibit and the new “S. Muthiah Collection” along with the Center’s collection of 14,000 books, magazines, online catalogs, and movies – one of the largest collections of American Studies materials in South Asia.