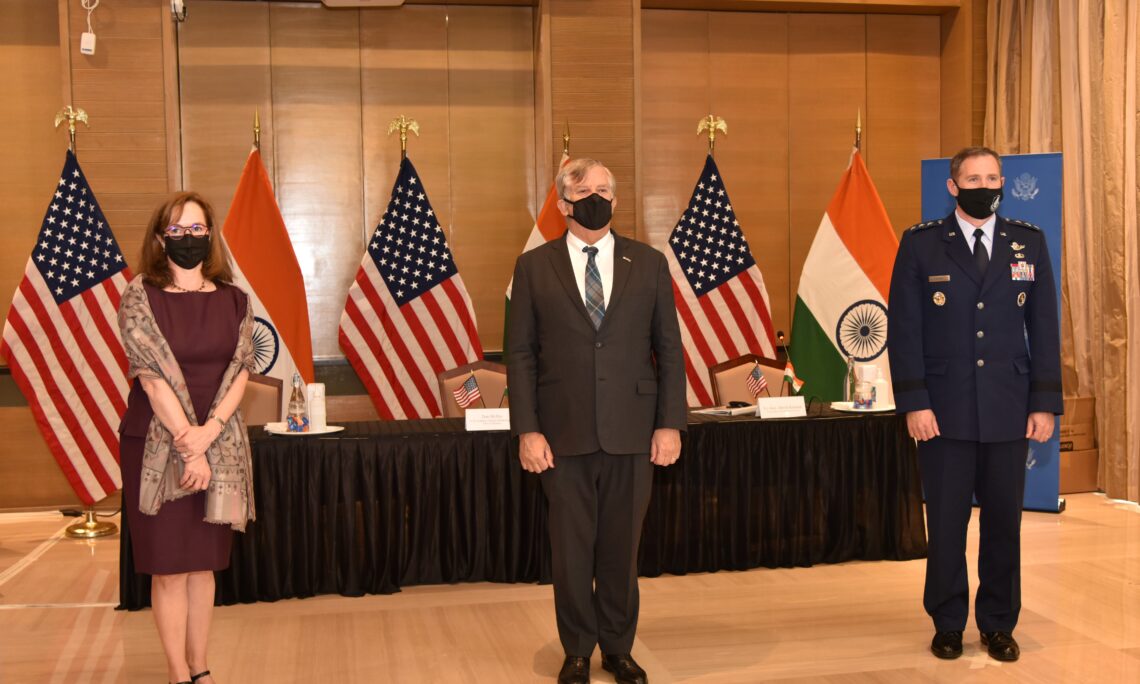 Bengaluru, February 2:  The United States is committed to strengthening its partnership with India and deepening military-to-military relationships and cooperation.  The full spectrum of the high-level U.S. delegation to Aero India 2021 with over 100 delegates reaffirms our commitment to the U.S.-India defense and security partnership in the Indo-Pacific region.

Speaking at a press conference in Bengaluru on the eve of Aero India 2021, U.S. Chargé d’Affaires Don Heflin said the United States is a reliable partner to India’s defense sector, offering the world’s best defense equipment.  “India plays a key role in the Indo-Pacific region, and our cooperation advances our shared vision of a rules-based international order that promotes the prosperity and security of all countries.”

Heflin added:  “The growing number of joint ventures and partnerships between U.S. and Indian defense companies continues to strengthen the robust network of defense suppliers in India, with the potential of equipping partners in the broader Indo-Pacific region.  These companies also create jobs, while producing exports for markets around the world.”

Ms. Kelli L. Seybolt, Deputy Undersecretary for the Air Force, International Affairs, said:  “India is one of our premier security partners in the Indo-Pacific.  And together we are deepening defense ties through avenues like exercises, cooperative agreements, and the integration of advanced U.S. defense systems and platforms into the Indian armed services.”

Lieutenant General David A. Krumm, 11th Air Force Commander, said Aero India 2021 is another excellent sign of the commitment to partnership between India and the United States. “Notwithstanding the recent dynamic international environment, the strength of the India-U.S. partnership has become only more apparent over the last year.”

Among the major highlights of Aero India 2021, a B-1B Lancer heavy bomber will perform a “fly-by” during the inaugural ceremony on February 3.  For the B-1B, of the 28th Bomb Wing Ellsworth Air Force Base, South Dakota, this is a historic moment and marks the first time an American bomber has touched down in India in the history of the Republic of India.  The B-1B Lancer, a supersonic heavy bomber, is a truly remarkable aircraft, capable of carrying out missions worldwide from bases in the United States, as well as from forward-deployed locations.  It carries the largest conventional payload of both guided and unguided weapons in the U.S. Air Force and is considered the backbone of America’s long-range bomber force.