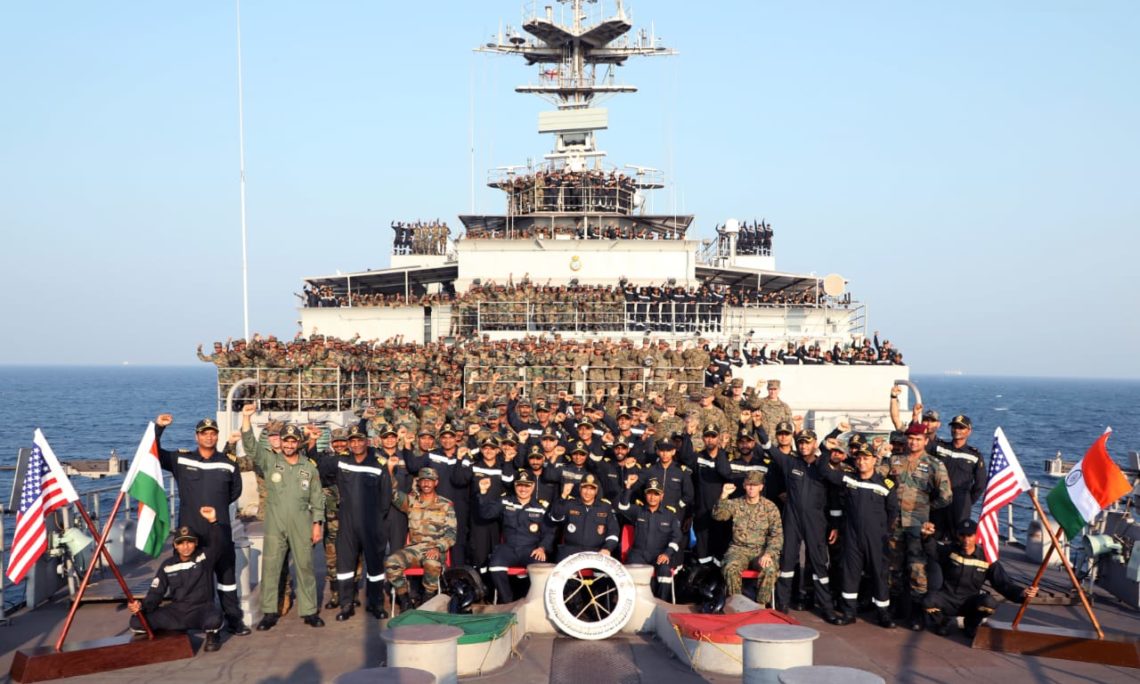 VISAKHAPATHNAM, India — U.S. Marines and Sailors arrived aboard the USS Germantown (LSD 42) in Visakhapatnam, India, Nov. 13, 2019 to make history by participating in the first-ever tri-service exercise Tiger TRIUMPH between the U.S. and Indian. The exercise gave the U.S. and Indian forces the opportunity to exchange knowledge and learn from each other as well as establish personal and professional relationships.

“Its an honor being able to be part of this historic moment and an honor being present for this partnership between the U.S. and India,” said U.S. Navy Ensign Samuel B. Joseph, a surface warfare officer aboard the Germantown.

Joseph was born in the Middle East and lived in Southern India until he was 10-years-old. He moved to the U.S. after his mother had the opportunity to become a nurse in Sacramento, California.

He said the reason he joined the Navy was to be able to travel the world more after completing his college education.

“I just checked-in aboard the Germantown in Phuket, Thailand and our next port was India, I thought it was a stroke of good fortune,” said Joseph. “Visakhapatnam is not too far from where I used to live in India.”

Joseph said that usually it’s difficult breaking the initial barrier when communicating with our counterparts but for him it was special.

“For the Indian Armed Forces to see someone from their racial background in the uniform of the partner nation was a good icebreaker, but I think it brought us together,” said Joseph.

He stated that his parents were worried because this was his first time being far from home and essentially being off the grid being out at sea.

“They were pretty excited because I always told them I wanted to travel and they didn’t know what to expect since I am the first in my family to be in the military,” said Joseph.

Exercise Tiger TRIUMPH began Nov. 14 with the opening ceremony aboard the INS Jalashwa (L41) and a reception aboard the Germantown. The first phase of the exercise included friendly volleyball and soccer fixtures between the U.S. and Indian military participants to build camaraderie and friendships. During the second phase, the ships set sail from Nov. 17-18 and the forces conducted naval operations consisting of cross deck landing and weapon system demonstrations. The final phase of the exercise was a successful amphibious landing and humanitarian assistance disaster relief camp establishment on Kakinada Beach, November 19-21.

Tiger TRIUMPH offered U.S. and Indian forces valuable training in HADR operations while familiarizing forces with each other’s capabilities, techniques and procedures. Exercises like Tiger TRIUMPH improve our ability to operate together to meet a range of challenges.