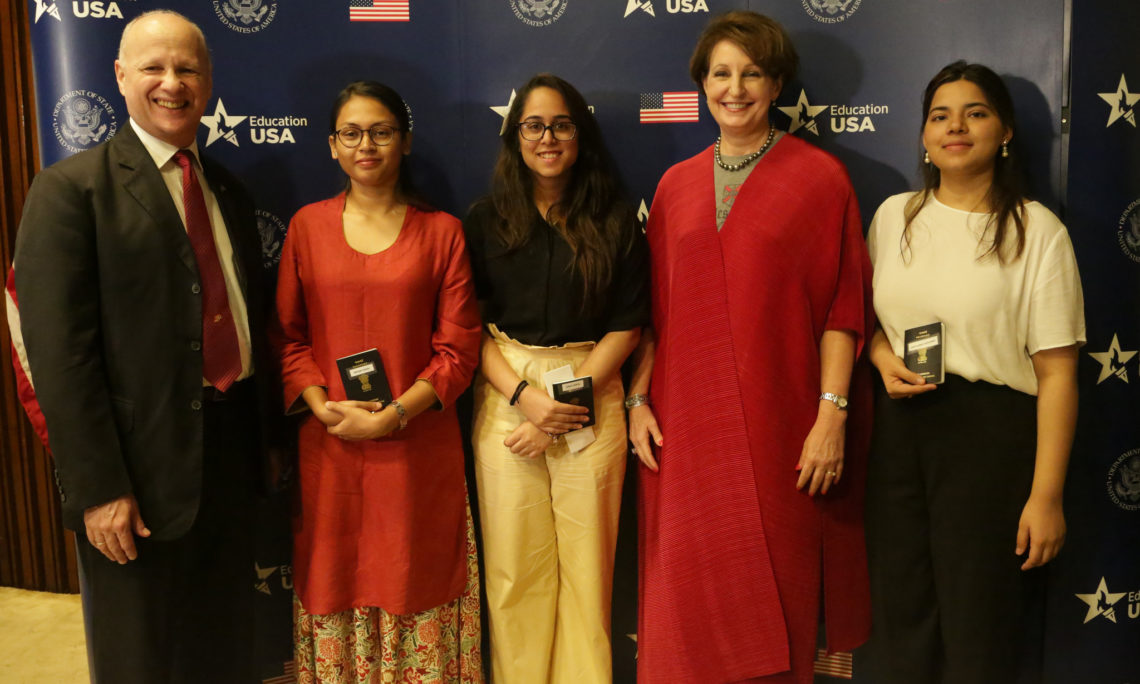 New Delhi – Today marks U.S. Mission India’s fourth annual Student Visa Day, an event that celebrates higher education ties between India and the United States.  The Mission dedicates this day to helping qualified Indian students prepare for their studies in the United States and connects them with EducationUSA for pre-departure information.

The U.S. Embassy in New Delhi, and Consulates General in Chennai, Hyderabad, Kolkata, and Mumbai, welcomed more than 4,000 Indian students applying for visas to study in the United States.  Deputy Chief of Mission (DCM) MaryKay Carlson in New Delhi and Consuls General throughout India congratulated the day’s applicants as they joined the growing ranks of Indian students who choose to study in the United States at the world’s leading academic institutions.

In 2017, more than 186,000 Indian students enrolled in U.S. institutions of higher education; more than double the number of students from a decade ago, and a 12-percent increase from 2016.  India is the second-leading place of origin for students coming to the United States; Indians represent over 17 percent of the total international student population in the United States.

“International educational exchange plays a central role in the U.S.-India relationship.  Student exchanges between our two countries help strengthen the foundation upon which our strategic partnership is built,” remarked DCM Carlson.

The U.S. Embassy and Consulates General welcomed Student Visa Day applicants with an informative and celebratory atmosphere.  Consular staff members wore shirts and hats from their own alma maters.  Some consulates invited guest alumni speakers, while others had a video or “selfie” station.  Representatives from partners – including EducationUSA and the American Library – and recent U.S. graduates shared insights and answered students’ questions about life studying in the United States.