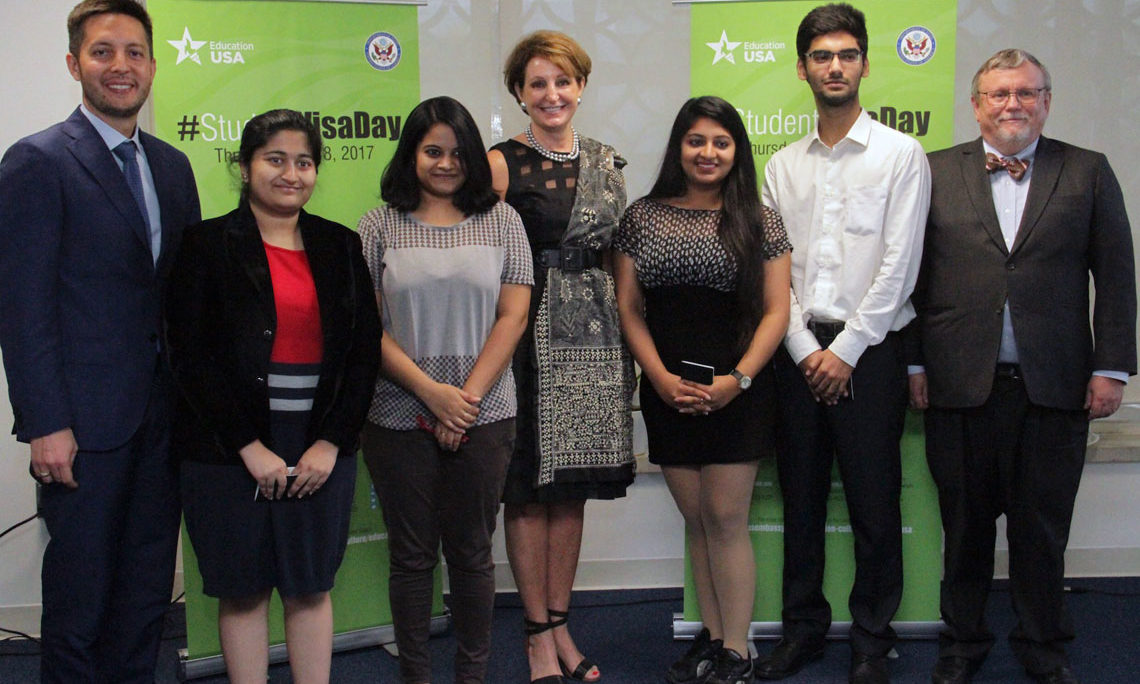 Today, the U.S. Embassy in New Delhi, and Consulates General in Chennai, Hyderabad, Kolkata, and Mumbai, opened their doors to more than 4,000 Indian students applying for visas to pursue higher education in the United States. Chargé d’Affaires MaryKay Carlson (remarks here) in New Delhi and Consuls General throughout India congratulated applicants as they joined the growing ranks of Indian students studying in the United States.

Currently, 166,000 Indian students are enrolled in U.S. institutions of higher education – up from 100,000 just two years ago. “Today, every sixth international student in the United States is from India, and these students are contributing enormously to every aspect of life at the university and in the surrounding communities,” remarked Chargé d’Affaires Carlson.

The U.S. Embassy and the Consulates welcomed Student Visa Day applicants in an informative and festive atmosphere. Consular staff members dressed in their alma mater apparel. Some consulates had alumni guest speakers, while others had a video station or other special programs for the applicants. Representatives from EducationUSA, American Spaces, and recent U.S. graduates gave insights and answered questions from students about college life in the United States.

In her recent op-ed “When You Learn with Us,” Chargé d’Affaires Carlson wrote, “You should be proud of the invitation to join this group of young people whose lives will be changed forever by the dynamism, openness, and quality of campuses across the United States. In doing so, you will join some of India’s leading politicians, heads of industry, artists, academics, scientists, and actors who have studied in the United States.”