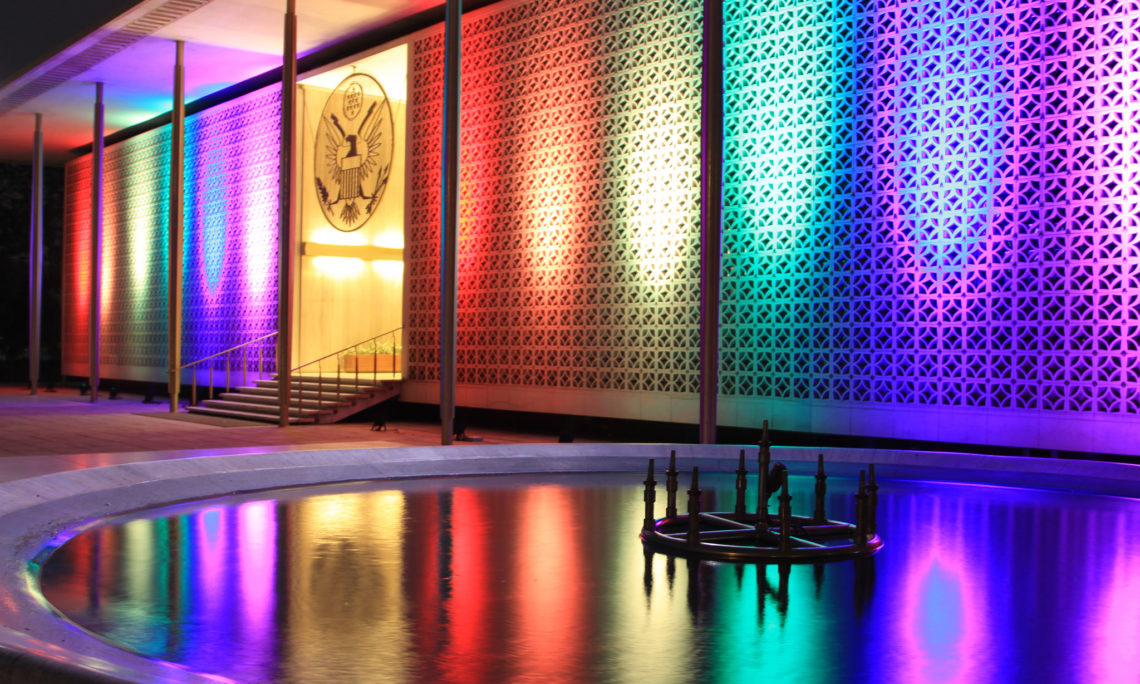 On behalf of the U.S. Mission to India, we express our sincere and heartfelt condolences to the families and loved ones of those who were brutally massacred in the Orlando, FL nightclub on Sunday, June 12. The U.S. stands firmly by the principles of equality for all, including members of the lesbian, gay, bisexual, transgender, and intersex (LGBTI) community worldwide. In the words of President Barack Obama, “In the face of hate and violence, we will love one another. We will not give into fear.”

It is in this spirit, and in celebration of June’s LGBTI Pride Month, that the U.S. Embassy, is lighting the Embassy building in the iconic rainbow colors of the LGBTI movement. We will raise the rainbow flag along with the American flag, once the American flag has been raised to full-staff following the mourning period for the victims of the Orlando attack. Our Consulates are also recognizing and celebrating LGBTI Pride Month in various ways throughout the country.

“The fight for dignity and equality for lesbian, gay, bisexual, and transgender (LGBT) people is reflected in the tireless dedication of advocates and allies who strive to forge a more inclusive society.  This month, we recognize all they have done to bring us to this point, and we recommit to bending the arc of our Nation toward justice.” (May 31, 2016 Presidential Proclamation on LGBT Pride Month)