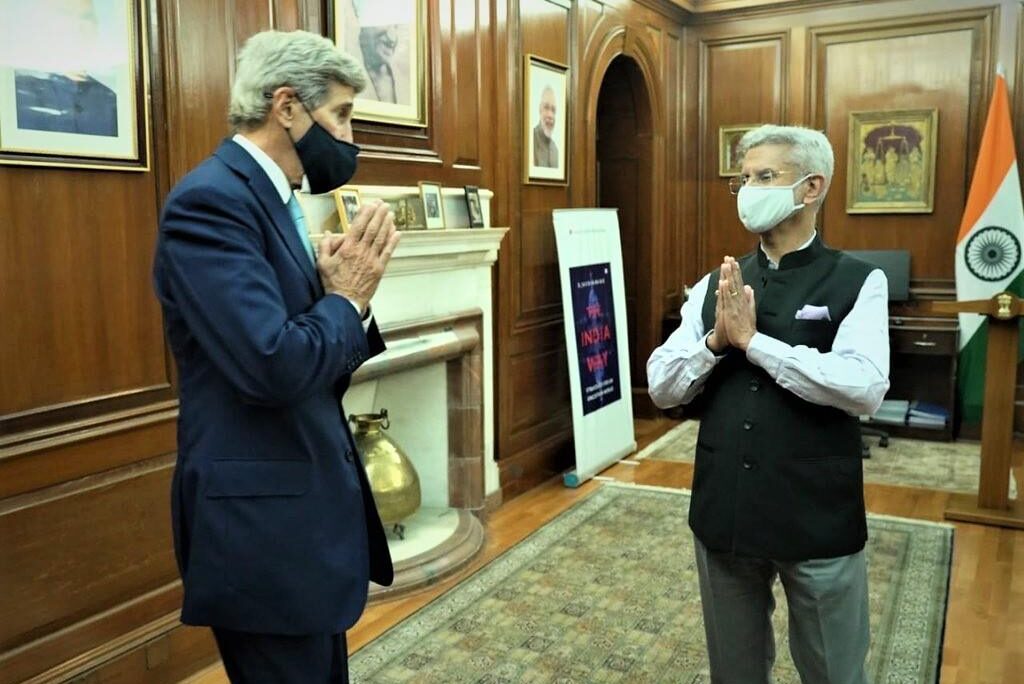 Special Presidential Envoy for Climate John Kerry traveled to New Delhi, India, from September 12–14, 2021, to launch the U.S.-India Climate Action and Finance Mobilization Dialogue and to engage with international counterparts on bilateral and multilateral efforts to raise climate ambition ahead of the 26th Conference of the Parties (COP26) to the United Nations Framework Convention on Climate Change (UNFCCC), which will be held October 31 to November 12, 2021, in Glasgow, United Kingdom. U.S. Department of Energy Deputy Secretary David Turk joined Special Presidential Envoy Kerry in several meetings.

Special Presidential Envoy Kerry and Minister Yadav jointly launched the U.S.-India Climate Action and Finance Mobilization Dialogue (CAFMD). The CAFMD is one of two tracks of the U.S.-India Climate and Clean Energy Agenda 2030 Partnership, which was announced by President Biden and Prime Minister Modi at the Leaders Summit on Climate in April 2021, following Special Presidential Envoy Kerry’s visit to India, and established collaboration on climate and clean energy as a core pillar of the U.S.-India relationship. The CAFMD will demonstrate how to align swift climate action with inclusive and resilient economic development through four pillars:

The CAFMD was launched in close coordination with the U.S.-India Strategic Clean Energy Partnership, which will complement the CAFMD through a focus on collaborations to speed clean energy technology innovation and deployment.

In his meeting with Minister R.K. Singh, Special Presidential Envoy Kerry congratulated India on its achievement of 100 GW of installed renewable energy capacity and reiterated U.S. support for India’s goal of 450 GW of renewable energy by 2030. The United States emphasized the importance of ramping up flexible resources such as energy storage to achieve the goal and of scaling up emerging technologies such as clean hydrogen to advance decarbonization across sectors. They also emphasized the alignment between India’s goals for clean energy innovation and deployment and the Biden Administration’s investments in clean energy, including in the Earthshots initiative to drive down the costs of technologies such as clean hydrogen and long-duration energy storage. Both sides plan to promote technical collaboration through the countries’ respective national laboratories. They also underscored the shared economic opportunity of the clean energy transition, and Minister Singh invited U.S. companies to invest in India and supply clean energy technologies such as electrolyzers.

Special Presidential Envoy Kerry also participated in a roundtable discussion with private sector leaders to discuss scaling up investment to deliver India’s ambitious objective of 450 GW renewables capacity by 2030. The event was hosted by the U.S. Embassy in New Delhi and sponsored by the Rockefeller Foundation in partnership with the Council on Energy, Environment, and Water.