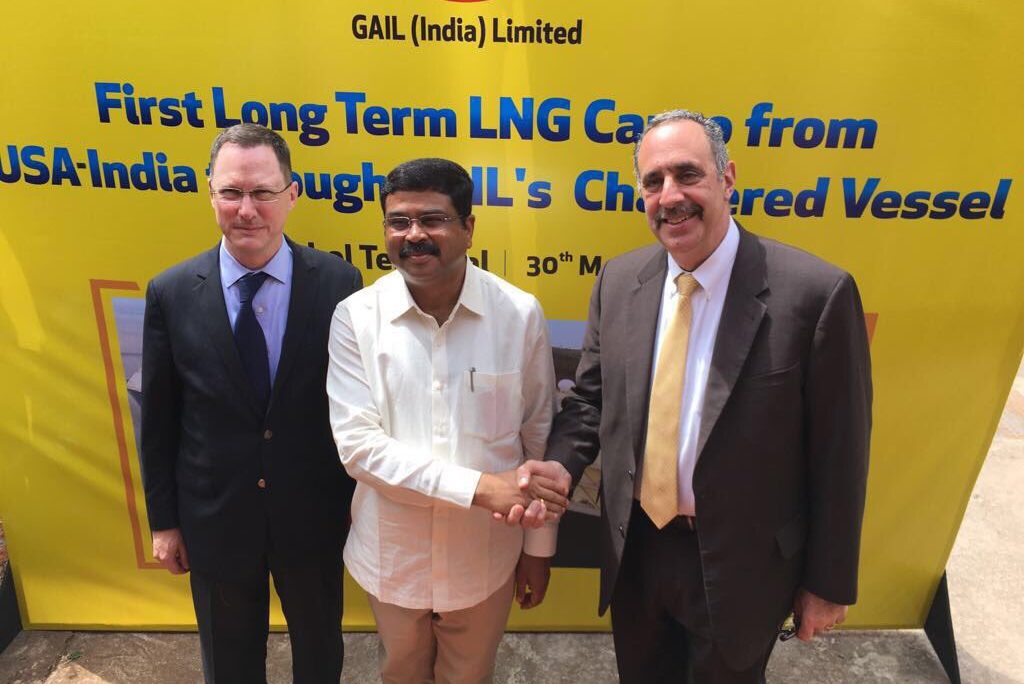 GAIL signed two, 20-year LNG supply agreements potentially worth $32 billion for U.S. LNG exports from the Dominion Cove Point project in Maryland and the Sabine Pass project in Louisiana.  Today’s shipment is the first of the contracted loads under the agreement.  The eagerly awaited shipment arrived at GAIL (India) Limited’s Dabhol terminal on Friday afternoon, less than a month after it set out from Louisiana.

“The United States continues to partner with India across the broad range of energy collaboration, whether through traditional energy sources like oil—the first crude oil shipment from the United States to India arrived in October 2017 in Odisha—or LNG, or through other sources like coal and renewable energy,” said Minister Counselor for Commercial Affairs Patrick Santillo.

“Our Ambassador to India, Kenneth Juster, has observed that the United States is uniquely positioned to offer India a comprehensive energy partnership, and energy exports are emerging as a promising new means of addressing the bilateral trade deficit while promoting India’s energy security,” said Santillo.  “This shipment really sets the stage for the upcoming April visit to India of U.S. Secretary of Energy Rick Perry for the U.S.-India Strategic Partnership.  I know Secretary Perry will enjoy his time in India as much as I’ve enjoyed my trip to Mumbai and Dhabol.”