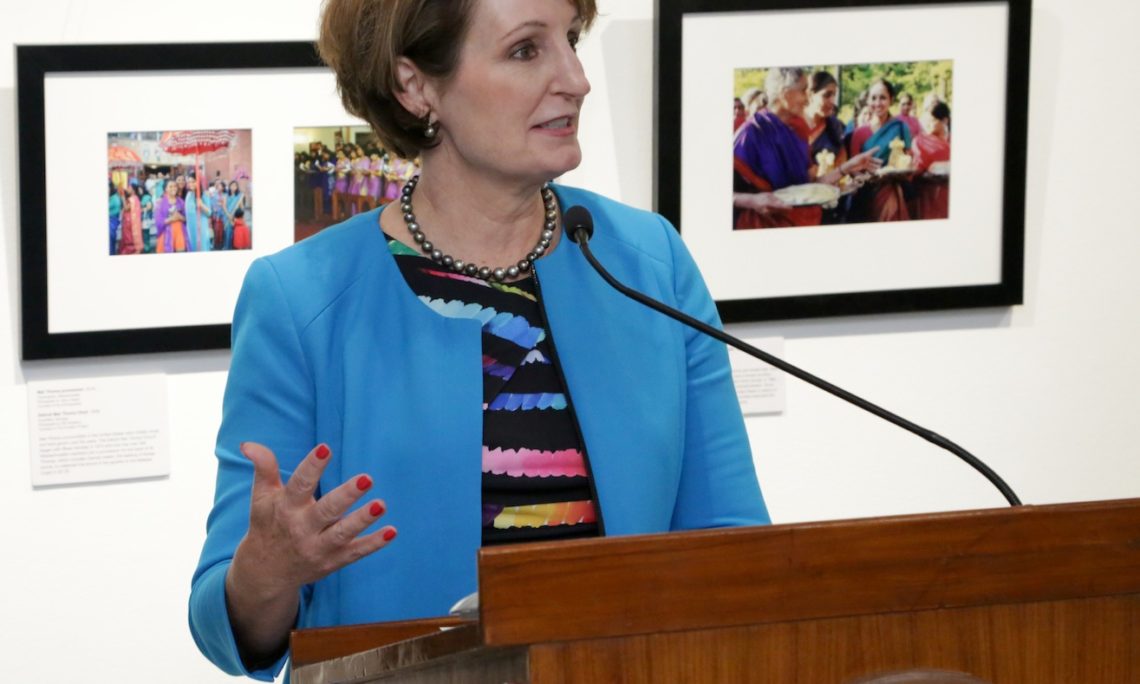 It is an honor to stand here with Ambassador Amarendra Khatua and Sirajuddin Qureshi to inaugurate this exhibition on Indian Communities of Faith in the United States.

In the United States, Indian-American communities practice the same rich array of traditions that their families celebrate here, and they are joined by many other Americans as well.

India has seen the flourishing of the world’s great religions: Hinduism, Islam, Buddhism, Sikhism, Jainism, Zoroastrianism, and Christianity.  All are well-represented and practiced widely across the United States, as reflected in this exhibition.

As you go through the exhibit, you will see beautiful photos of Jains in Northern California celebrating Paryushana, Hindus in New England celebrating the consecration of the area’s first Hindu temple, Sikhs in Los Angeles gathering to observe the Harvest Festival, students at Harvard celebrating Holi, and Muslims preparing themselves for prayer at the Islamic Center of Boston.  For me, these images distill the essence of American pluralism and diversity.

From Massachusetts to Hawaii; from California to Florida, the contribution of Indian-Americans to the American experience through religion highlights not only India’s deep influence in U.S. society, but also our two countries’ commitment to democratic ideals, religious freedom, and diversity.  President Reagan noted the importance of religious tolerance in American life when he said:  “The United States of America is and must remain a nation of openness to people of all beliefs.  Our very unity has been strengthened by this pluralism.  That’s how we began; this is how we must always be.  The ideals of our country leave no room whatsoever for intolerance, anti-Semitism, or bigotry of any kind.”

I hope this display leads to deeper understanding and appreciation of the wonderful influence India has had on the United States.  The more our two countries share in the practice of our ideals, the more we can work together to show the world our common commitment to engender tolerance toward all religions, allowing them to flourish with dignity and freedom.

My sincere appreciation to all who helped put this exhibition together, and for giving me the honor and privilege to inaugurate it.