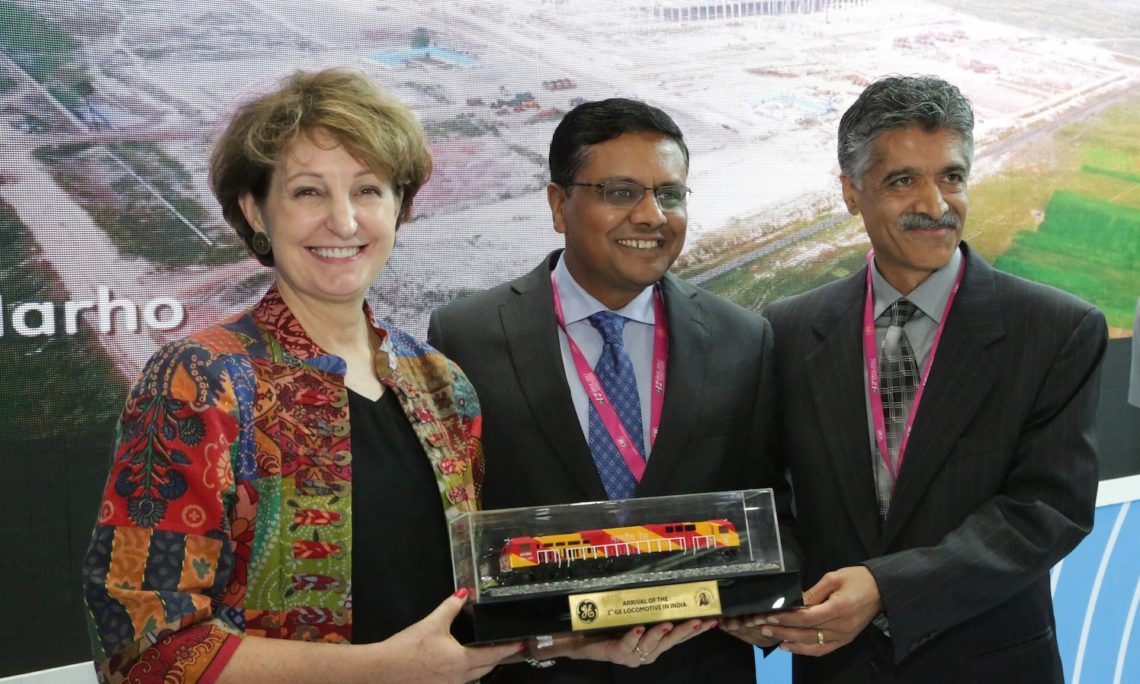 I’m delighted to be here with Mr. Ghanshyam Singh, Member Traction, as our countries unveil what we can do together.  We’re here with two iconic names that represent the best of the United States and India, and a symbolic example of how we collaborate with state-of-the-art manufacturing.  General Electric is one of the preeminent companies in the United States and around the world, and has a demonstrated record of incredible innovation.  Indian Railways truly represents all of India and demonstrates India’s growth and development.  That’s why I’m so happy to launch the first of GE’s innovative Evolution Series Locomotive, deployed by Indian Railways.

GE’s Evolution Series Locomotive technology is the cleanest, smartest, and most fuel-efficient locomotive in India.  It promises to deliver a 50 percent reduction in greenhouse gas emissions over Indian Railway’s current fleet as well as substantial improvements in performance, safety and reliability.  GE and Indian railways have committed to delivering the best technology and safety to Indian passengers and our countries have committed to furthering our economic partnership through this contract.

This commitment also reflects the goals of both of our nations to boost domestic manufacturing and create jobs.  This first locomotive comes from Erie, Pennsylvania, but over the course of this contract, GE will start manufacturing these locomotives out of their plant in Marohwa, Bihar.  This contract shows how “Buy American, Hire American,” and “Make in India” can work hand in hand.

This project is also a powerful example of 21st century U.S.-India industrial collaboration.  As the Government of India noted when the deal was announced in 2015, this is a truly win-win initiative – providing India with state-of-the art locomotives, reducing carbon emissions, helping promote economic development in Bihar, and supporting jobs in both India and the U.S.

I look forward to the successful completion of this very important project and wish both GE and Indian Railways all the very best.