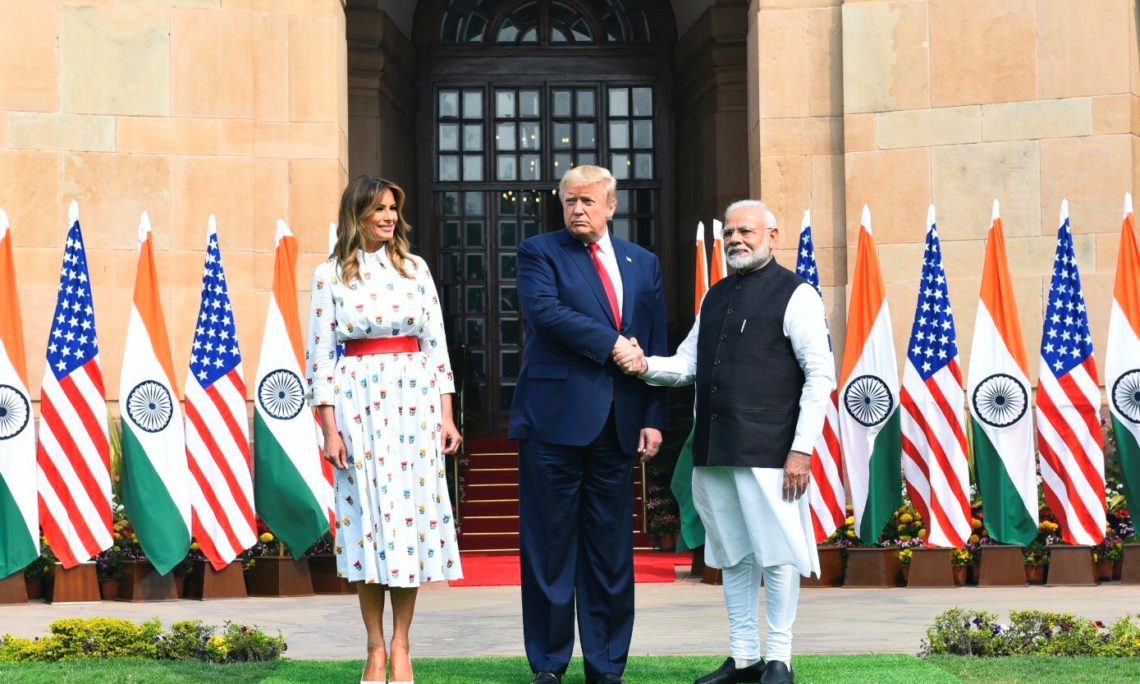 PRESIDENT TRUMP:  Well, I want to thank you, Mr. Prime Minister.  The last two days have been amazing, in every sense of the word, from every stop.  Very special people.

As you know, we have people of the United States — we have a number of them representing us here today that are very proud.  Their parents are living right now in India; they’re from India, originally.  They’re incredible people.

And I look forward to you explaining a little bit later on to the media the progress we’ve made and the — on trade, on fighter jets, on commercial airlines, and various other things, and energy.  We’re working on some very, very substantial transactions and I think it’s going very well.

But the people love you.  When I spoke of you and I spo- — I speak with great fondness — the people stood up yesterday and they cheered.  You got 125,000 people, I guess, inside.  And you had many people on the lawns.  And every time I mentioned your name, there were cheers.  So they love you in India, and that’s a good thing.

Thank you very much everyone.