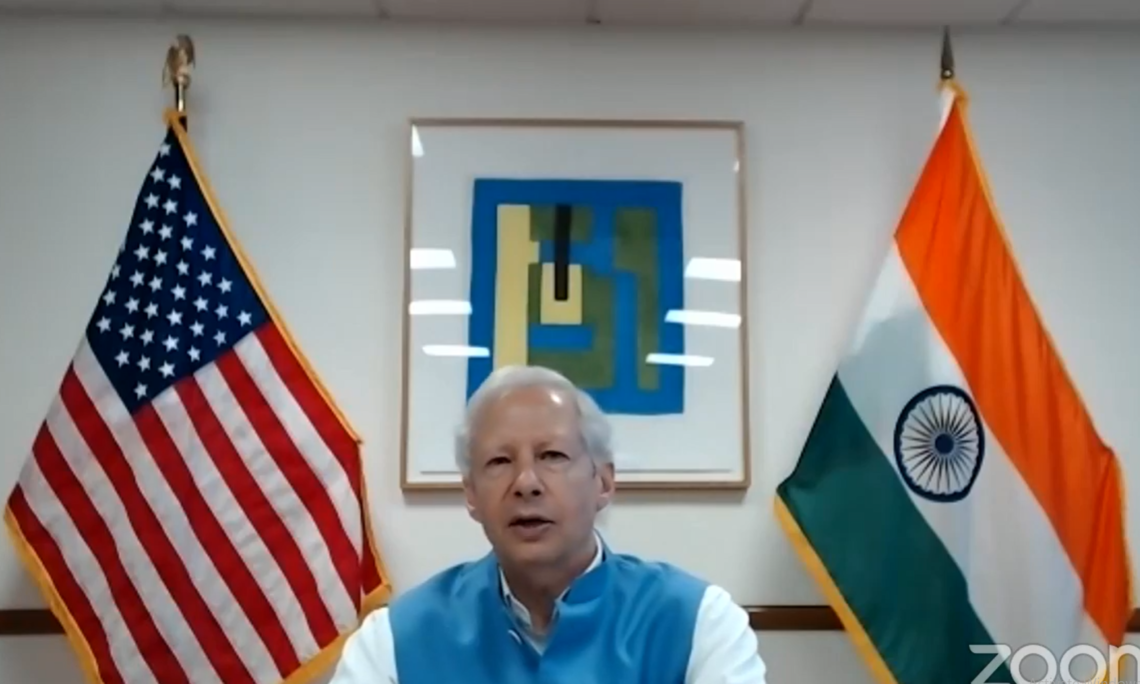 I am pleased to be here this afternoon to inaugurate the “Virtual Workshop on Museum Curation Skills.”  Thank you to President Ramaswamy, Director General Mehta, Workshop Coordinator Sinha, and Susan Bean of the American Institute of Indian Studies for your work in putting together this program.  I would also like to say a very special word of thanks to Madhuvanti Ghose from the Art Institute of Chicago for providing leadership on every aspect of this workshop – participants, content, sessions, and much more.  I understand that this project would not have happened without your efforts and your engagement with your network of contacts both in India and in the United States.  And I would like to congratulate all of you – coordinators and participants – who have committed to this five-day workshop to enhance your professional skills, even as we deal with the challenges posed by COVID-19.

I am also pleased to share this platform withRaghvendra Singh, Secretary of the Ministry of Culture and CEO of Development of Museums and Cultural Space.  Your presence signifies the Government of India’s commitment to supporting and advancing India’s museums and strengthening collaboration with the United States.

The foundation of the U.S.-India relationship is our people-to-people ties and shared interests in promoting stability and prosperity in the Indo-Pacific region and beyond.  U.S.-India cultural engagement is an important part of this relationship.

In July 2019, the U.S. Embassy supported the first “All-India Museum Summit,” which was organized by the American Institute of Indian Studies.  The Summit brought together American museum experts, who engaged with over 150 leading museum professionals, curators, directors, and conservationists from across thirteen states of India and from Bhutan to brainstorm on innovative ideas for re-imagining museums for the 21st century.

This week’s Curation Workshop is an important follow-up event to that Summit, and represents another building block in the arc of U.S.-India cultural relations.  During this Workshop, you will have the benefit of collaborating with leading American and Indian museum curators, which will further strengthen relationships between experts and professionals from our two countries.

For more than 60 years, the American Institute of Indian Studies has contributed significantly to the promotion of Indian studies and culture, both in the United States and within India, by supporting academic research, the learning of Indian languages, and the exploration of Indian culture and traditions.  The U.S. Department of State has consistently provided funding to the Institute to support language study and other academic exchanges.  And India’s Ministry of Culture has provided substantial support to the Institute’s Center for Art and Archaeology to set up the first online museum of India – the Virtual Museum of Images and Sounds – which makes its considerable archives accessible to the general public and scholars alike.

We now look forward to a new generation of Indian and U.S. museum professionals working together and sharing best practices to ensure that museums continue to inform, to educate, and to entertain, thereby connecting the past with the present, as well as looking to the future.

Thank you for participating in this virtual Workshop.  We at the U.S. Embassy look forward to collaborating with India’s Ministry of Culture, along with U.S. and Indian museum experts and professionals, for many years to come.