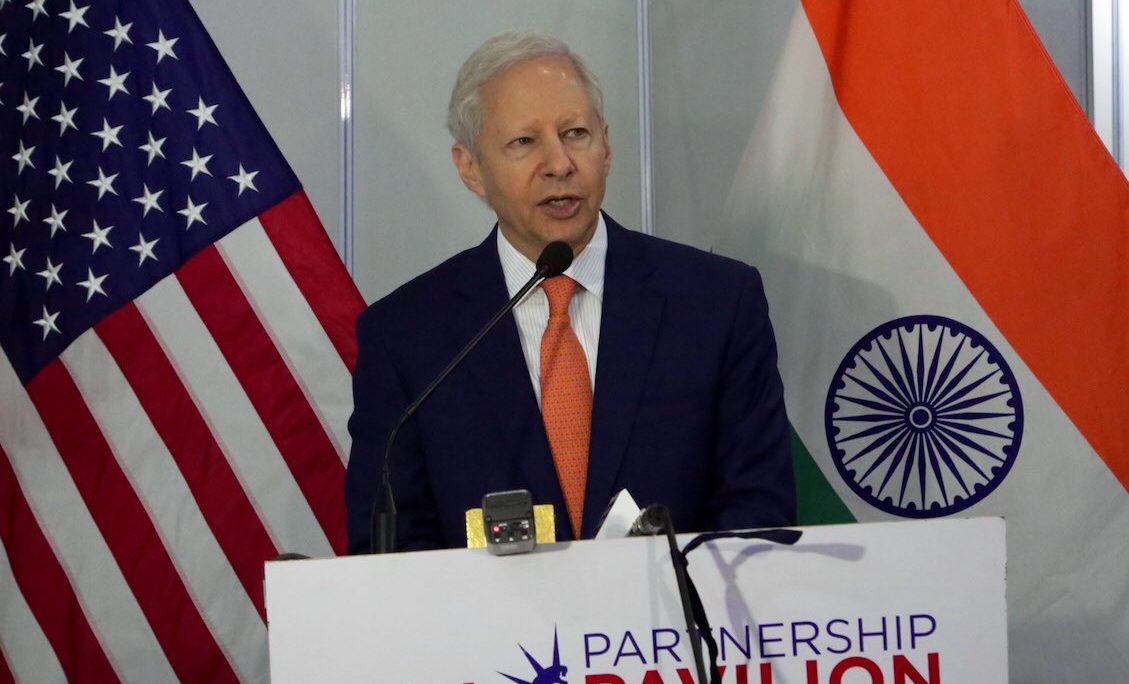 Thank you to Kallman Worldwide for inviting me to speak at this ribbon cutting for the U.S.A. Partnership Pavilion, and for bringing together so many of our industry partners.

I am pleased that the U.S. Government and American industry are working together to explore ways to deepen industry-to-industry cooperation in U.S.-India defense trade.  Collaboration creates and sustains highly skilled employees in both of our countries – including high paying jobs from Ohio to South Carolina, and from Uttar Pradesh to Tamil Nadu – as companies work together both to “Make in India” and to “Make in the United States.”

I had the pleasure of traveling back to Washington, D.C. last December to attend the second U.S.-India 2+2 Ministerial Dialogue between U.S. Secretaries Mark Esper and Mike Pompeo, and Indian Ministers Rajnath Singh and S. Jaishankar.  Two themes stood out:

As the U.S. Ambassador to India, I have had the opportunity to witness the efforts that are spurring the growth of this defense relationship.  For example, last Fall, I observed the     first-ever Tiger Triumph tri-services, bilateral exercise.

In 2018, I also had the opportunity to tour the Tata-Boeing joint facility in Hyderabad.  There, I was able to get a glimpse into the future of U.S.-India defense trade cooperation.

The U.S. companies represented in this Pavilion will undoubtedly play a role in working with India to achieve this goal, and I would like to thank them for their continued efforts.  As the bilateral defense relationship grows, our Embassy will continue to work to facilitate cooperation among our governments and industries.

Once again, I am pleased to be here in Lucknow for DEFEXPO 2020 and to take a tour of the U.S.A. Pavilion.  I look forward to seeing the revolutionary defense equipment and advanced technologies on offer to the Indian Armed Forces, and engaging with our industry partners.