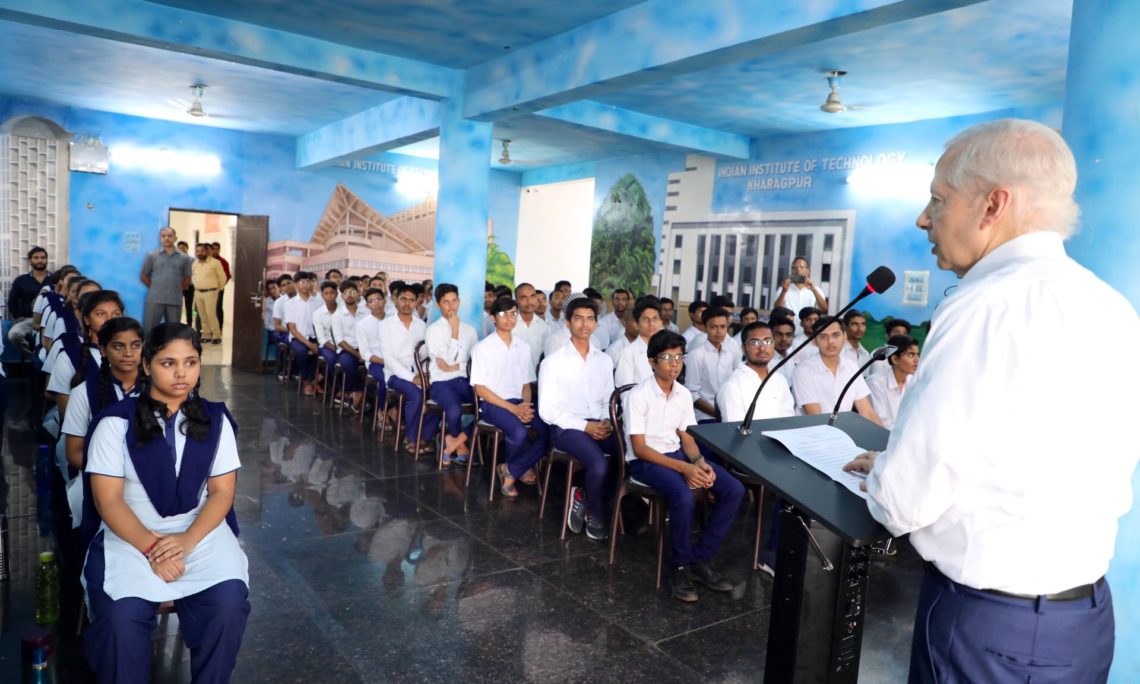 Good morning. It is a pleasure to visit the Prayas Residential School during my first trip to Raipur.

I would like to congratulate your principals, Pranav Banerjee and Manjula Tiwari, and their team for developing this institution since its founding in 2010. I understand that “Prayas” means “effort” or “endeavor,” which highlights the special role that this school and its other branches around the State play in helping to develop talented children from tribal areas who have been affected by the insurgency. I applaud your hard work and your commitment to education. This is not only an investment in your future, but an investment in your home districts and villages.

I have served as the U.S. Ambassador to India since November of 2017. It is a privilege to represent my country in all aspects of our relationship with India. I have particularly enjoyed traveling throughout India to experience the incredible diversity of your people, your history, your culture, and your traditions.

Today’s youth are a powerful force in our ever-changing world. You are among the largest population of young people in history. There are currently over 2.3 billion people between the ages of 15 and 34 in the world. In India alone, around 65 percent of the population is under the age of 35. I think it is fair to say that the future of the partnership between the United States and India – and, indeed, the future of global affairs – is in your hands.

Thinking about the name of your school, “Prayas” or “endeavor,” I have been reflecting on the remarkable efforts that human beings have made throughout my lifetime and beyond. Your endeavor to leave home and travel far to Raipur to advance your education reminded me of a particularly important anniversary that the United States and the world celebrated just a few days ago – an anniversary that exemplifies that Americans, too, are not afraid of traveling far distances to educate themselves. Fifty years ago, on July 20, 1969, Neil Armstrong became the first human being to set foot on the moon when he stepped out of the Apollo 11 lunar module. He then exclaimed some of the most famous words ever uttered in human history: “That’s one small step for man, one giant leap for mankind.” As with most people alive at that time, I remember watching all of this on television and the very special feeling that it gave me.

It also led me to recall a well-known children’s book that is popular in the United States, named The Phantom Tollbooth. This book was written by an architect when he was a young man living in New York City. The author, Norton Juster, just so happens to be my uncle. At one point in the book, one of the characters says, “So many things are possible just as long as you don’t know they’re impossible.” This is an important lesson for all of us – that you can do anything you set your mind on as long as the idea of it being impossible is not put into your head. If Neil Armstrong and his team of astronauts and engineers had not dreamt of doing what many said was impossible, humans may never have landed on the moon. I encourage each and every one of you to ask yourself, “What would I do to better the world if I set my mind to it and never thought it would be impossible to do?”

So, in thinking about your time here at Prayas, remember that you are joining many other people throughout history in trying to do new things, attempting to expand your horizons, and endeavoring to make your world a better place. Who knows, one of you may become the first Indian man or woman to land on the moon.

I would like to thank your teachers for their tremendous efforts in helping you develop the skills you will need to succeed in building your future. I truly appreciate your diligence and hard work, and I wish all of you the very best.