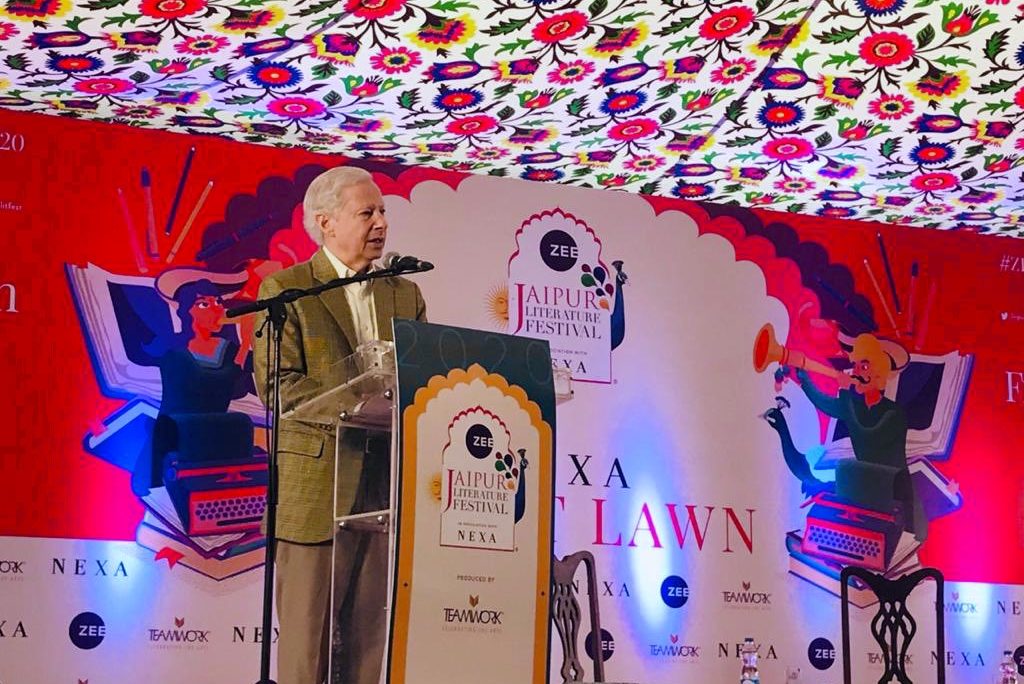 Thank you very much.  It is truly a pleasure to be here at the incredible Jaipur Literature Festival.

As a diplomat, my job is to facilitate the exchange of ideas and foster dialogue to build greater understanding among peoples of different cultures, backgrounds, and beliefs.  Artists, musicians, and writers have long been a big part of that effort.

In my view, literature is one of the most effective forms of cultural diplomacy because it unlocks shared experiences that transcend our differences.  Perhaps Joyce Carol Oates put it best when she wrote, “Reading is the sole means by which we slip, involuntarily, often helplessly, into another’s skin, another’s voice, another’s soul.”

In today’s world of Facebook, Twitter,and Instagram, I believe that books are still the true and most powerful connector among people.  The power of literature lies in its ability to reveal glimpses of ourselves in each other – to reveal our commonality and our humanity.

Today’s speaker, Elizabeth Gilbert, does this particularly well – whether in narrating her own story in Eat, Pray, Love, or that of Vivian in City of Girls, a young woman coming of age in New York in the 1940s.

It is my pleasure this morning to have the opportunity to introduce Elizabeth Gilbert.  In addition to writingCity of Girls, which was published last June, as well as Eat, Pray, Love, which partly details her time and experience in India and was made into a movie, Ms. Gilbert is the author of Stern Men, The Last American Man, Committed, The Signature of All Things, and Big Magic:  Creative Living Beyond Fear.

I am also pleased to be introducing our moderator, Alexandra Pringle, who is the Group Editor-in-Chief of Bloomsbury.  She has worked with a variety of prominent authors over the years, including, of course, Elizabeth Gilbert.

Ms. Pringle is a patron of the Index on Censorship; a Trustee of the charity Reprieve; and an Honorary Fellow of the Royal Society of Literature.  She has been awarded Honorary Degrees of Doctor of Letters from Anglia Ruskin University and Warwick University.

Ms. Pringle will begin the session by posing a few questions to Ms. Gilbert. Please note that, while this session is sponsored by the U.S. Embassy as part of our series on “Raising Women’s Voices,” the speaker’s views are her own.  Please join me now in welcoming Elizabeth Gilbert and Alexandra Pringle.