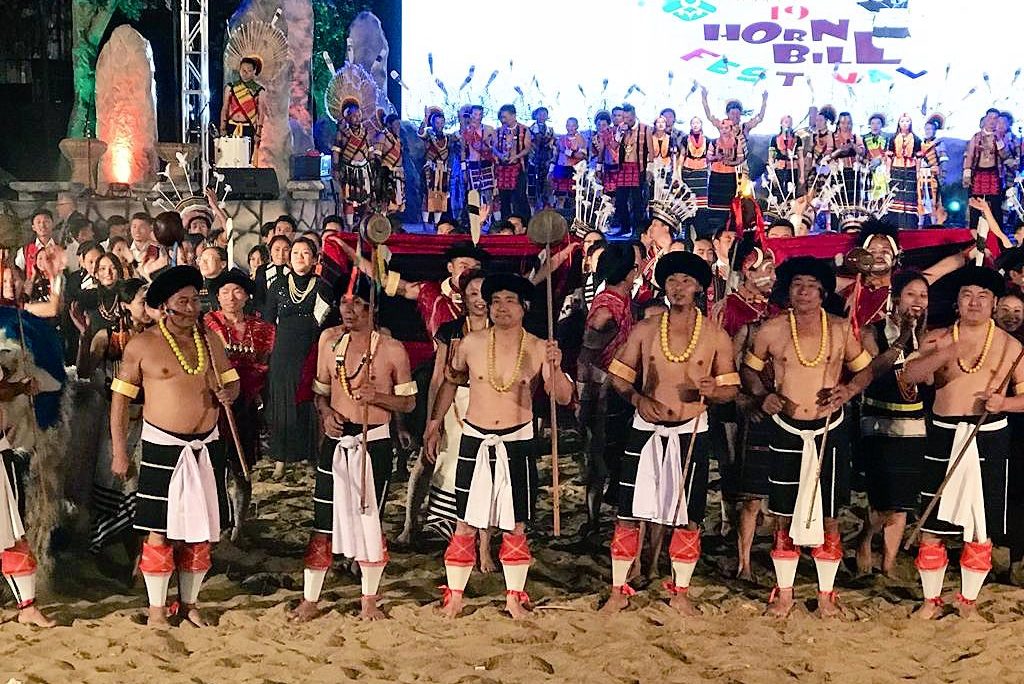 Good evening, and thank you for your warm welcome to Kisama Village.  I would like to thank Chief Minister Rio for inviting me to be part of this very special event.  And it is an honor to be on stage with Governor Acharya, Supreme Court Justice Bobde, and former Chief Minister and Governor Jamir.

This is my first visit to Nagaland.  I have been told that the best way to truly get to know this beautiful State is by experiencing your unique culture and traditions, as exemplified by your renowned festivals.  It is therefore a great treat to be here at the Hornbill Festival and witness first-hand the rich heritage of Nagaland.

I have already been impressed by the colorful array of Naga costumes, and look forward to hearing your songs, seeing your dances, and experiencing more of Naga culture and traditions as the afternoon proceeds.  It is easy to understand why this festival attracts so many guests from throughout the region and around the world.

Sharing culture is an important aspect of the U.S.-India partnership.  An example of note is the story of the prominent Naga musician, Theja Meru, who visited the United States in 2010 as part of the U.S. State Department’s International Visitor Leadership Exchange program.

On Mr. Meru’s visit, he met a married couple who were professors in New York State.  The professors were so pleased by this meeting – and intrigued by Naga music and cultural traditions – that they subsequently came to India, with the specific intent of visiting Nagaland and coming here to the Hornbill Festival.  Upon their visit, they not only attended the Festival, but also made arrangements to feature an art exhibit and a film screening that would show side by side the works of emerging New York and Naga filmmakers.

This story is but one illustration of the importance of the Hornbill Festival as a venue for cultural exchange.  It also highlights the impressive – and important – depth of the people-to-people ties between the United States and India.  Whether forming organically at venues such as the Hornbill Festival or through formal partnerships such as the Ambassador’s Fund for Cultural Preservation – which supports cultural preservation throughout India and in over 100 countries – we hope to continue building the cultural ties between the United States and Nagaland.

Again, it is a true pleasure to be here to experience the Hornbill Festival with all of you today.  Thank you so much for such a warm welcome on my first visit to Nagaland.