Home मुखपृष्ठ | News & Events | Remarks by Ambassador Kenneth I. Juster at the Ceremony to Commemorate the Victims of the November 26, 2008 Terror Attacks 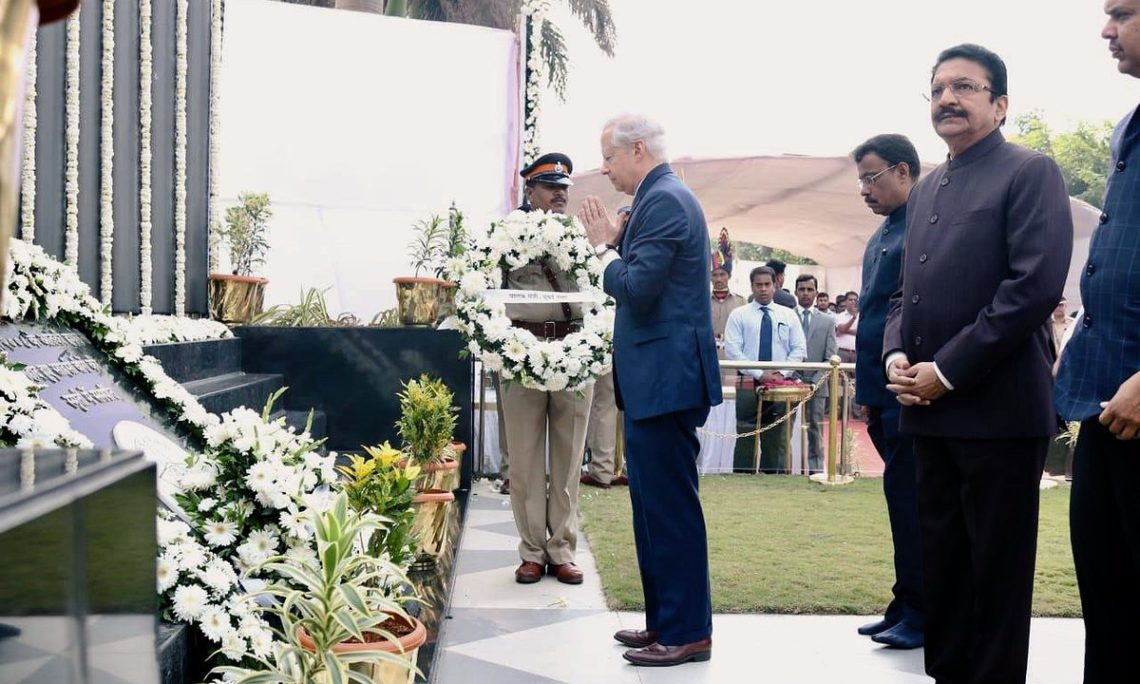 It is a somber duty to be here with the Honorable Chief Minister of Maharashtra and representatives of those countries that lost citizens in the terrorist attacks which began ten years ago today.  We join in remembering the victims – Indian and foreign, including six Americans, one of whom was a 13-year-old girl.

As we remember the terrible events of ten years ago, we send our deepest sympathies to the victims and their families.  We commend the courage of those who defeated the attackers, as well as those survivors who have had to recover from a terrible tragedy.

Ten years ago, we stood side by side in the face of evil.  We mourned with the people of India, while providing our full support to the ensuing investigation.  Let me be clear:  the United States remains committed to seeing that all of those responsible for these attacks face justice.

In the aftermath of the attacks, Mumbai’s resilience impressed the world.  The attackers hoped to intimidate and divide.  Instead, they brought the people of Mumbai, and all of India, together.

From those who thronged to Leopold Café the day it reopened, to the way all residents came together to mourn the victims, Mumbaikars showed the power of community in a democratic society.  They showed that the people of the Maximum City will stand firm in the face of tragedy and will not be cowed by those who slaughter the innocent.

Today, the United States continues to stand with you and all of India.  No act of terror can shake our faith in freedom, democracy, and the rule of law.

Let us honor the memory of those we have lost by re-dedicating ourselves to remain strong and united in the face of terrorism and more determined than ever to defeat it.