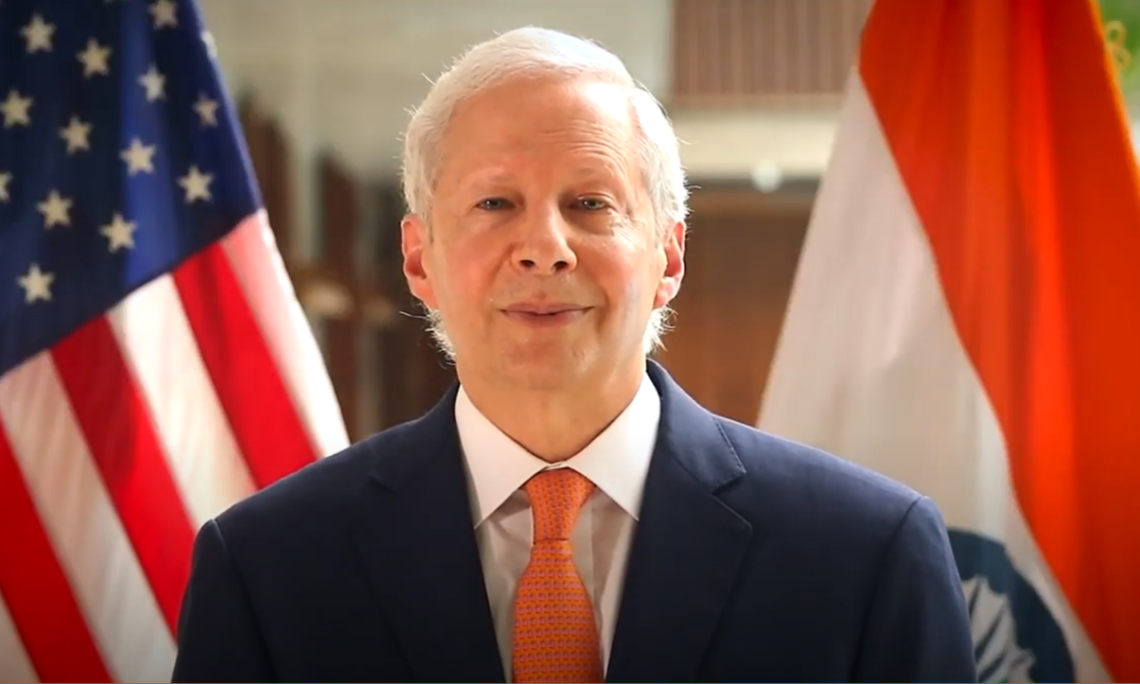 Good evening.  I’m Ken Juster, the U.S. Ambassador to India.  I am pleased to join you for this celebration of America’s 244th Independence Day.  I want to thank Ranjana, her colleagues at the American Chamber of Commerce, and our Foreign Commercial Service team for putting together tonight’s virtual event, and for all that you do for the U.S.-India relationship.  I am proud to be the Honorary President of AmCham.

In the United States, we are accustomed to festive outdoor gatherings on the Fourth of July, with family and friends over food and fireworks.  While our celebrations in India this summer will be a bit different than those to which we are accustomed, I am very pleased that the American Chamber of Commerce has captured the spirit of the occasion.  The COVID-19 pandemic has compelled us to find new ways to conduct business, to engage in diplomacy, and to celebrate.

Today, Americans at home and abroad take time to reflect on the values that make our country great, including the importance of individual liberty and the dignity of every human being, hard work and enterprise, open societies, and the rule of law.  The American and Indian people share these values, and they form the foundation of our relationship.

The U.S.-India relationship is nearly as old as the United States, and commerce has played a special role from the beginning.  Shortly after the United States declared its independence, official relations were established when Massachusetts businessman Benjamin Joy arrived in Calcutta in 1794 to become the first American Consul to India.  Later that year, he appointed American merchant William Abbott as the first U.S. Consular Agent of the Madras Presidency, in what is now Chennai.

American merchant mariners set sail for India from the ports of Baltimore, Boston, New York, and Philadelphia to purchase textiles, sugar, ginger, and raw materials.  In the early to mid-1800s, entrepreneurs and traders shipped cargoes of ice from New England to India, building ice houses in Madras, Calcutta, and Bombay.  Indeed, the ice house in what is now Chennai still stands today on Marina Beach.  By the end of the 19th century, the first major wave of Indian immigrants to the United States from Punjab settled along the West Coast, weaving Indian heritage into America’s rich multicultural tapestry.

Today, more than 220 years later, our countries continue to grow closer.  More than four million Indian-Americans live in the United States and contribute to every facet of American life.  The annual trade between our two countries – pre-COVID-19 – reached nearly $150 billion.  Our militaries conduct joint exercises on land and at sea, and our scientists work together from the oceans to outer space.  Our students study side-by-side in American and Indian classrooms, and our researchers are jointly developing solutions to the most pressing global public health challenges.

Though we are living through unprecedented times in this pandemic, Americans and Indians share an innovative spirit – a belief that anything is possible.  As President Trump said during his visit to India earlier this year, “Indians and Americans are always striving to be greater, our people are always seeking to be better, and so our nations have become thriving centers of culture and commerce and civilization, giving light and vitality to all of the world.”

We look forward to working with all of you as we continue to deepen the ties between our peoples and grow the partnership between our countries.Thank you once again for organizing tonight’s Independence Day celebration.  And, on behalf of everyone at the U.S. Mission to India, thank you for your friendship.