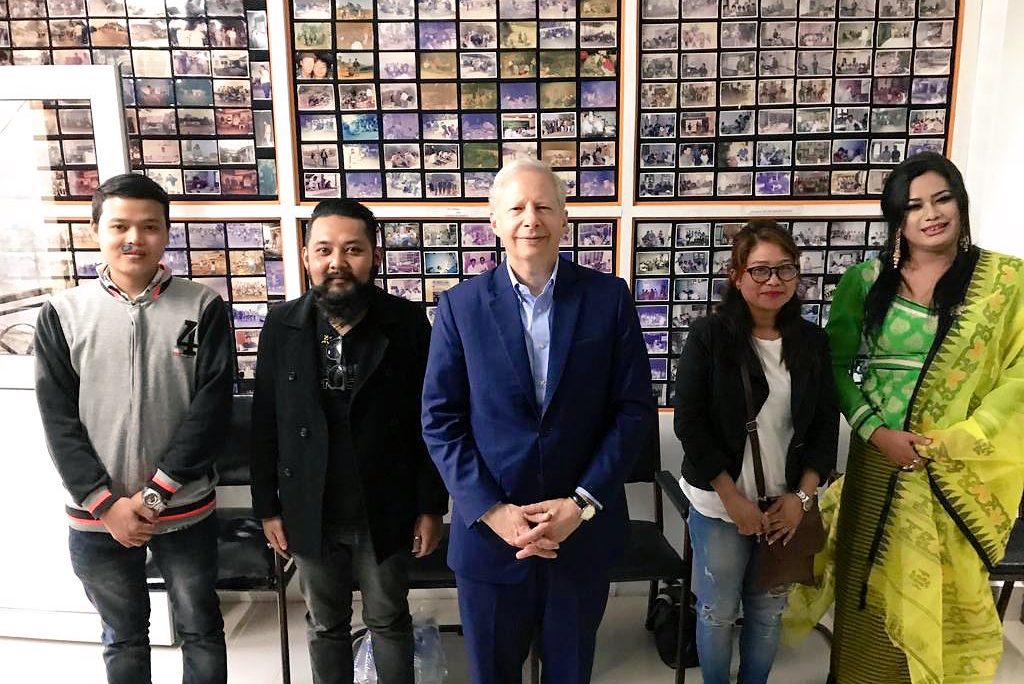 Good afternoon.  I would like to thank the Social Awareness Service Organization for hosting this event.  I would also like to acknowledge those who have worked hard to increase the scale and effectiveness of HIV support services:  the State AIDS Control Societies, non-governmental organizations in the region, and the members of communities affected by HIV.

I am very pleased to be in Imphal, and have come here to learn more about the region, to support U.S.-India cooperation in Manipur, and to strengthen and support the prevention-to-treatment programs for key populations at risk for HIV.  Your important work is part of a worldwide effort.  World AIDS Day, which is observed this Saturday, underlines that we are all in this fight together.  I applaud all of you for the critical role that you play.

Responding to HIV in India

Fighting HIV/AIDS is a real challenge, and India’s response has been remarkably successful in containing the spread of HIV.  India has seen a 27 percent decline in new HIV infections since 2010.  This is impressive, and the U.S. government – as your partner in this endeavor – recognizes that this was made possible by establishing an extensive network of prevention, care, and treatment services to improve access and increase outreach to key at-risk populations.

We truly appreciate the leadership of the National AIDS Control Organization in steering India’s response to HIV, and we are impressed by the commendable success this national program has achieved in containing the spread of HIV in the country.  India’s prevention program has been acclaimed as a global model, and the United States is proud to support these efforts.

One such effort that features U.S. support is Project Sunrise, which was funded by the U.S. President’s Emergency Plan for AIDS Relief – known as PEPFAR.  Project Sunrise facilitates work among the Manipur State AIDS Control Society and local community stakeholders to confront HIV challenges in the State.  Since its initiation, the Project has launched several innovative approaches to HIV prevention, including HIV index testing, a secondary needle and syringe distribution program, and a satellite opioid substitution therapy program.  We commend all of those involved with Project Sunrise for their diligent work in making it a model program that will provide valuable lessons for other regions in India.

As we work to expand collaboration on HIV issues, I am pleased to be meeting with you today.  I truly look forward to interacting with the staff and community to better understand your needs and the challenges you face.  And I can assure you that the U.S. government, including the U.S. Mission in India, is fully committed to supporting the fight against the HIV epidemic in the Northeast region.