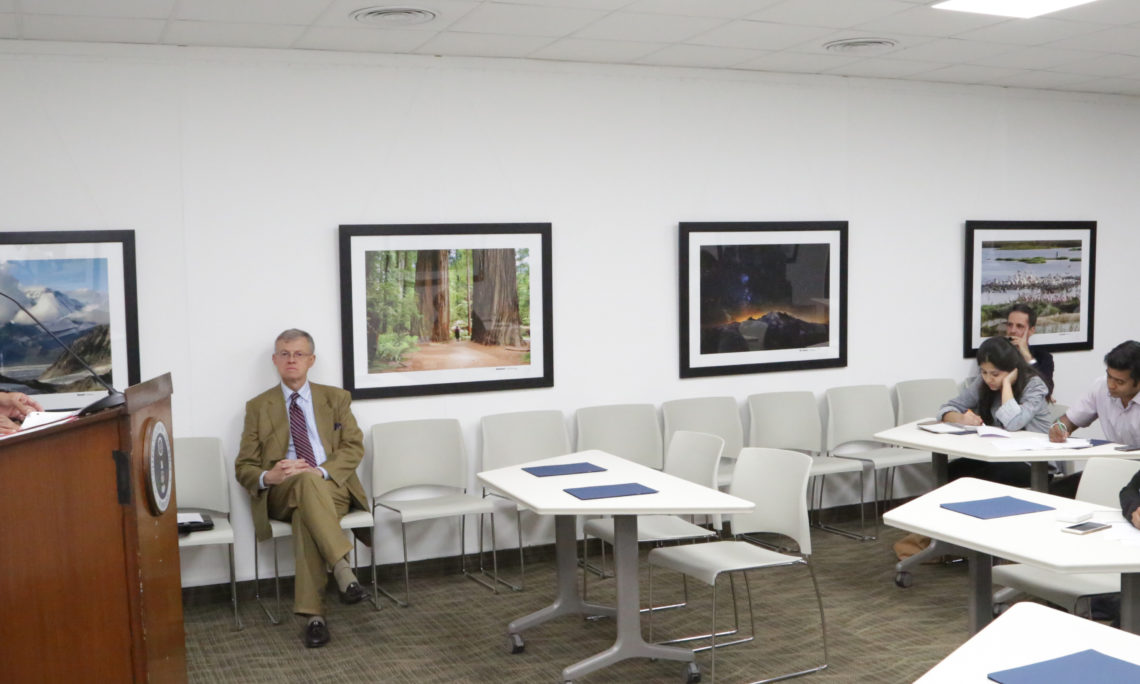 Good Afternoon. It is my pleasure to be here today to launch the 2016 Open Doors report in India. One of our Mission’s highest priorities is to promote increased educational ties between the United States and India. That includes promoting studies in the United States, facilitating partnerships between U.S. and Indian higher education institutions, and advocating for increased opportunities for U.S. universities in India. Both of our countries benefit immensely from being open and tolerant societies and our interaction with the larger world, and Open Doors is a great testament to that fundamental fact.

Each student that travels to the United States for studies contributes and strengthens the people-to-people ties between our two countries. The number of Indian students increased across all levels: undergraduate, graduate, and Optional Practical Training. I was especially pleased to see the increase in the number of Indian undergraduate students in the United States.

The significant increase in Indian students in the United States represented more than half of the total growth in foreign students in our country helping to put that number over the one million mark for the first time.

At the same time that we are focused on promoting student flows between our two countries, we are also working to create a policy and regulatory environment in which institutional partnerships can flourish.

The Indian government has announced a series of steps, such as the draft National Education policy as well as regulations on the establishment of World Class universities, which promise to increase the extent of foreign collaborations. We look forward to the government’s continued work in these areas and stand ready to partner with them on this and other higher education initiatives.

Behind each student number in this Open Doors report is an individual story – such as that which brought my family to the United States and me back to India – opening up a world of possibility. My father was a young academic researcher who went to the United States on an academic scholarship and he ended up staying and teaching in the United States for over four decades, and bringing our family to Pennsylvania to become proud citizens of the U.S. Who knows what stories will be written in the future that owe themselves to an international education.

Today we celebrate the record number of students in the United States and look forward to their contributions to the strengthening relationship between our two countries.

With that, I would like to turn it over to my colleagues Matthew Asada and Alaina Brown who will discuss the report in further detail.