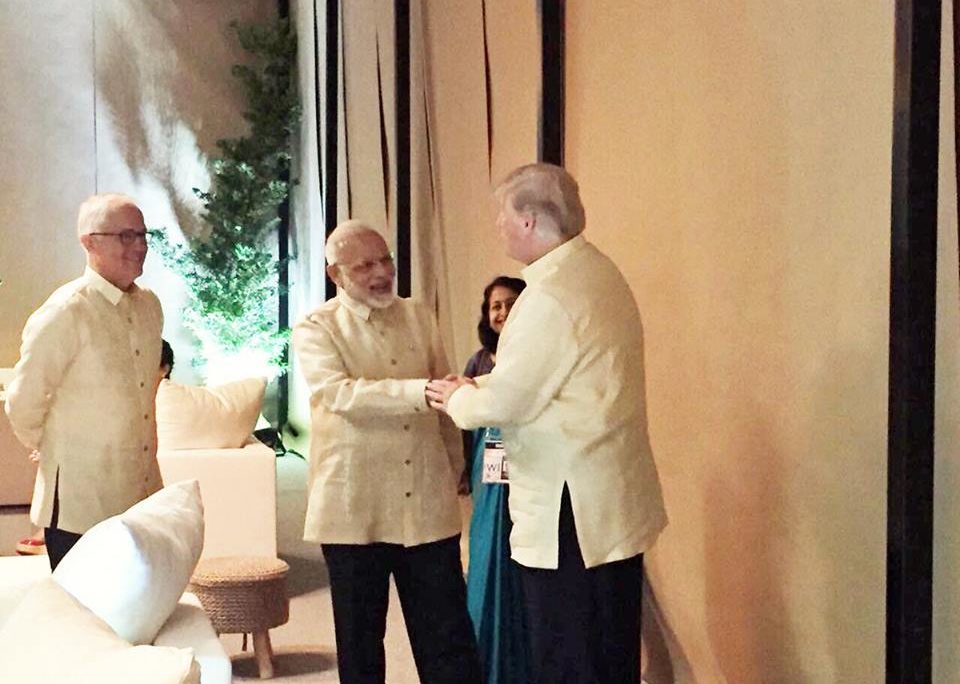 The White House
Office of the Press Secretary
President Donald J. Trump met today with Prime Minister Narendra Modi of India in Manila, Philippines. The two leaders discussed the comprehensive strategic partnership between the United States and India and their shared commitment to a free and open Indo-Pacific region. They pledged to enhance their cooperation as Major Defense Partners, resolving that two of the world’s great democracies should also have the world’s greatest militaries. President Trump expressed appreciation that Indian purchases of oil from the United States have surpassed 10 million barrels in recent months, and expressed confidence that stronger energy cooperation will be a geopolitical and economic game changer for both countries. Prime Minister Modi noted that he looks forward to hosting the United States delegation to the upcoming Global Entrepreneurship Summit, showcasing innovation and collaboration between India and the United States.