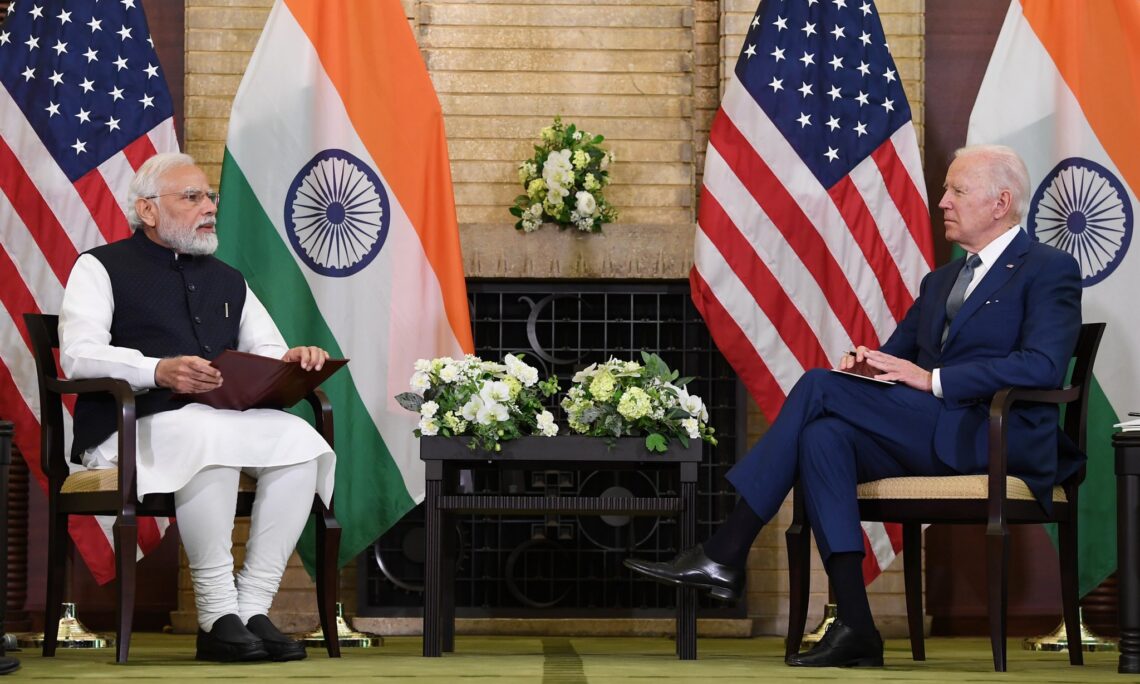 President Biden met with Prime Minister Narendra Modi of India today in Tokyo to reaffirm their commitment to work together for a more prosperous, free, connected, and secure world. The leaders reviewed the progress made in the U.S.-India Comprehensive Global Strategic Partnership. They committed to deepen our Major Defense Partnership, encourage economic engagement that benefits both countries, and expand our partnership on global health, pandemic preparedness, and critical and emerging technologies. The leaders discussed their shared belief in the urgent need to address climate change. They looked forward to enhancing their partnership to accelerate India’s just energy transition, including through the U.S.-India Climate and Clean Energy Agenda 2030 Partnership, especially in the areas of renewables deployment, decarbonizing the energy and industrial sectors, zero-emissions vehicles, adaptation, and mobilizing related investment in India.

President Biden condemned Russia’s unjustifiable war against Ukraine. The leaders’ committed to continue providing humanitarian assistance, and discussed how to cooperate to manage disruptions caused by the war in Ukraine, in particular the rise in energy and food prices, to protect their respective citizens and the world.

President Biden and Prime Minister Modi renewed their commitment to a bilateral relationship rooted in a shared tradition of democracy, freedom, tolerance, and equal opportunity for all citizens. President Biden welcomed India’s role in the Summit for Democracy’s Year of Action.

They expressed pride in the achievements of the third Quad Leaders’ Summit held today and the growing strength of the Quad partnership. The leaders affirmed the outcomes of the U.S.-India 2+2 Ministerial Dialogue held on April 11 which made evident that the United States and India have a breadth of cooperation matched by few other partnerships. Proving that democracies can deliver for the global good: