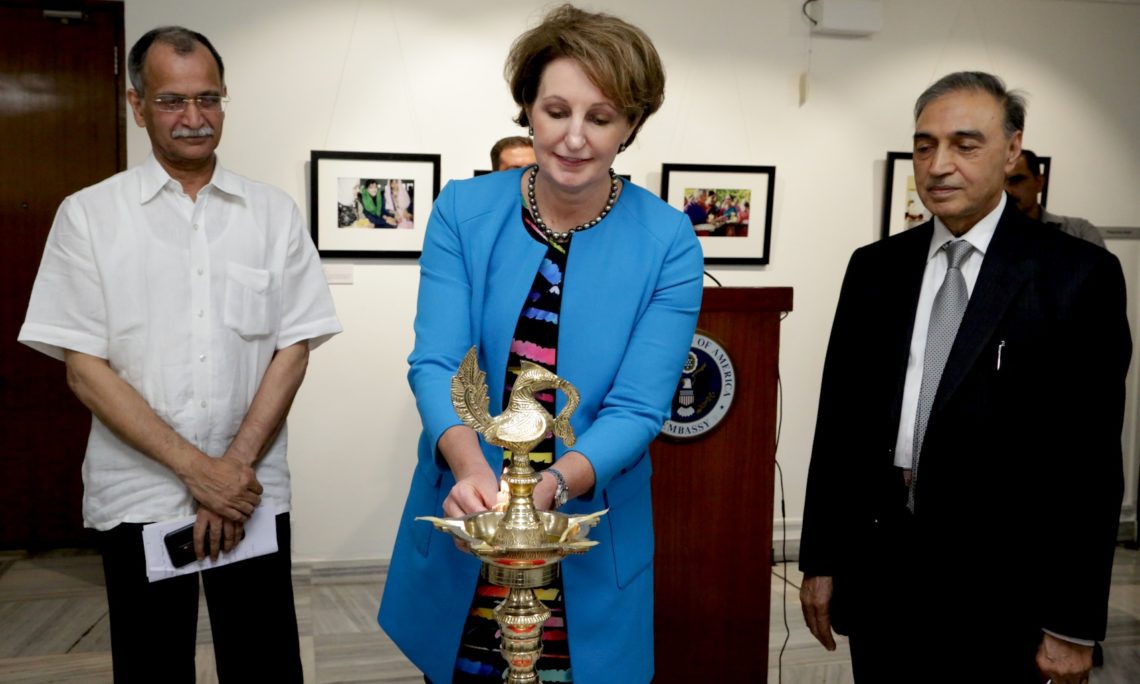 A unique photo exhibition on Indian religious traditions in the United States began at the American Center today.

The exhibition showcases the great religious diversity of the Indian-American diaspora, and the effect that this community has had on American culture.  It highlights a growing strategic partnership between India and the United States through the diaspora community.

Presented by the U.S. Embassy, together with Meridian International Center and Harvard University’s Pluralism Project, the collection of photographs highlights how Indian faiths have flourished across America, illustrating how individuals, communities, and organizations practice their traditions and celebrate their differences.

Like India, the United States is a complex multi-religious democracy.   Keeping Faith illustrates just what that diversity means.   We see Harvard University students celebrate Holi on campus, as they have done since 1998.  In Texas, in 2015, we learn that the Indian-American Muslim Association of Greater Houston sponsored and participated in International Yoga day, even though it fell during Ramadan.  Americans from Vermont to New Mexico have embraced and welcomed Indian culture, and Keeping Faith illustrates just how vital that is in the United States today.

The organizers of Keeping Faith asked communities all over America to share images that illustrate the warmth and sprit of their people.   The Embassy and its partners were overwhelmed with the diversity and beauty of the communities’ responses.    The faces in the photographs paint a vivid portrait of the diversity that binds Americans – of all ethnic and religious backgrounds – and Indians together.

Read here: Remarks by Chargé D’Affaires MaryKay Carlson at Inauguration of the exhibition