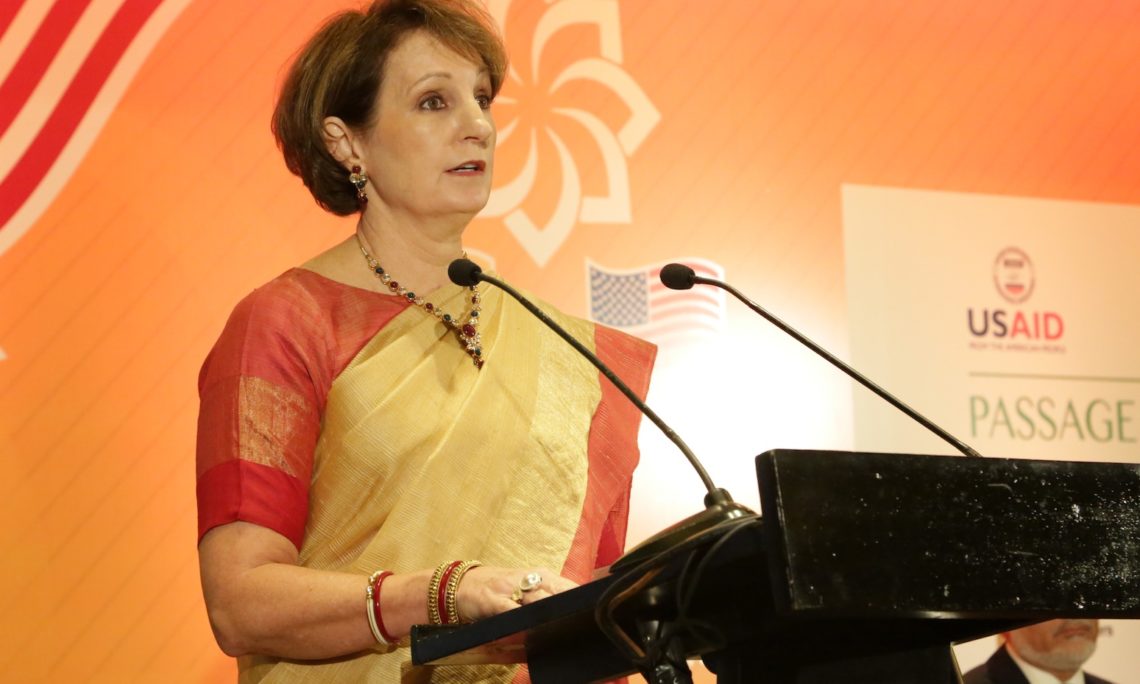 On behalf of the United States Embassy in New Delhi, I am honored to welcome you to Passage to Prosperity, the India-Afghanistan Trade and Investment Show.  It is a privilege to share the dais with this esteemed group.  That you have taken the time to be here speaks to the relationship between the United States, India, and Afghanistan, and our shared commitment to regional stability, prosperity, and peace.

When U.S. and Indian leaders met in June, they specifically discussed this trade show.  The well-being and future of this region are directly tied to the economic and democratic development of Afghanistan.  At the U.S. Mission in India, we work closely with the government of India on a range of issues affecting our two nations – such as trade, security, and development cooperation.  The United States welcomes India’s positive role and contributions to the reconstruction and rehabilitation of Afghanistan.  As the world’s largest democracy, India speaks with moral authority when it demonstrates its strong commitment to Afghanistan’s democratic future.

During Foreign Minister Rabbani’s recent visit here we learned that 116 new infrastructure and socio-economic projects would be jointly implemented by the governments of India and Afghanistan.  The newly created India-Afghan Air Freight Corridor promotes trade connectivity and represents a historic step in trade connecting the two countries.  Although more work is needed, by removing barriers that hindered capacity and speed, Afghans now have greater access to India’s economic growth and trade markets.  Many of the goods showcased outside came via this newly established route.

The private sector plays a critical role in striving for the great potential that Afghanistan and its people have to offer.  In the most literal sense, this event is about connecting Afghan businesses with Indian investors.  With these connections comes an inherent responsibility.  Investment is a two way street.  If you – as a business person – see an opportunity to import goods or finance a start-up, naturally you are seeking a return on that investment.  What might not always be so evident, however, is that you are investing in the success of that society.  You are investing in the health of its workers. You are investing in the education of its children.  And you are investing in a nation poised to expand and share its wealth of goods, culture, and pride.

USAID – the United States Government’s lead development agency –– was the driving force in bringing together such a diverse group of expertise from government, business and development sectors.  Passage to Prosperity is about more than trade and investment.  It is about the future of Afghanistan – a future that includes improved access to healthcare, education, and opportunities for economic empowerment.  For government and business alike, these bonds are the foundation that will bring greater stability and security to the region and its people.

The deepening collaboration between the United States, India, and Afghanistan – as exemplified by this event – represents our shared commitment to the peace prosperity of Afghanistan.   I thank all of you for your commitment, and wish you the best in your future endeavors.